June in our area of the Charente Maritime was a month of contrasts as far as the weather went.  It was off/on, hot/cold, sunny/cloudy but as far as our walking went we could not have asked for any better. There are so many flowers around just now.  All are beautiful, most are common , but none the less lovely.  I can recognise some and others not although I am trying!

It does mean I do not see as many bumble bees when we are walking.  Earlier in the year they were vying for the more limited nectar and pollen sources, now they are spoilt for choice and of course the white and red clover, a favourite food of the bumble bees, is everywhere.

The woods themselves are much quieter places than in spring but are full of the Meadow Brown butterflies that flutter in and out of the glades of sunshine.  They feed on the nectar from flowers such as bramble and thistle and there is plenty of that available just now.

We watched this pair mating and flying in tandem with complete coordination, taking off and landing although I could not quite see if that would involve both of them flying sideways or one flying backwards and the other leading.

The Speckled Wood butterfly (Pararge aegeria) is another common butterfly in the woods as it feeds on tree sap or the juice of ripe or damaged fruit rather than the nectar from flowers. Apart from our usual bees and butterflies we come across some less well-loved creatures such as beetles.  I was actually sorry for this one.

He was being given a hard time from a bunch of ants.  They were much more numerous, lighter on their feet and appeared to be getting the upper hand.  It seemed to be a territorial dispute over an old tree trunk.

Our walk in the woods beside the little river has let us see some dragonflies this month.

Having been brought up in the UK I tend to get extremely excited when I see a dragonfly.  I was just reading on The Dragonfly Woman, another WordPress site http://thedragonflywoman.com/, that they have swarms of dragonflies in the USA.  I don’t know what it is but everything seems to be super-sized over there, even their robin red-breasts are the size of thrushs.  However, I am over here and I get excited if I see just the one (or two!)  First this beautiful green-blue one. 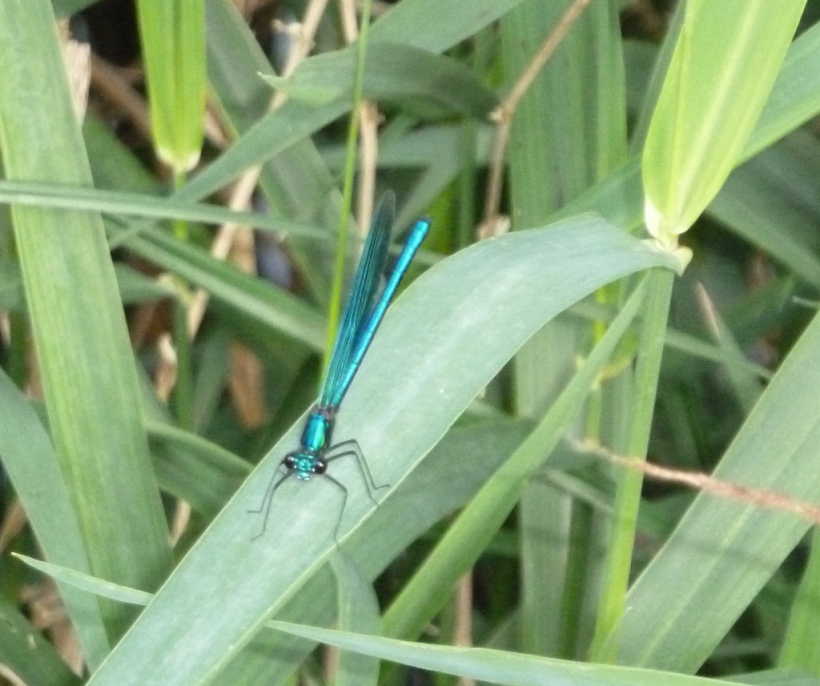 Then this brown one, he looks a bit sad here. 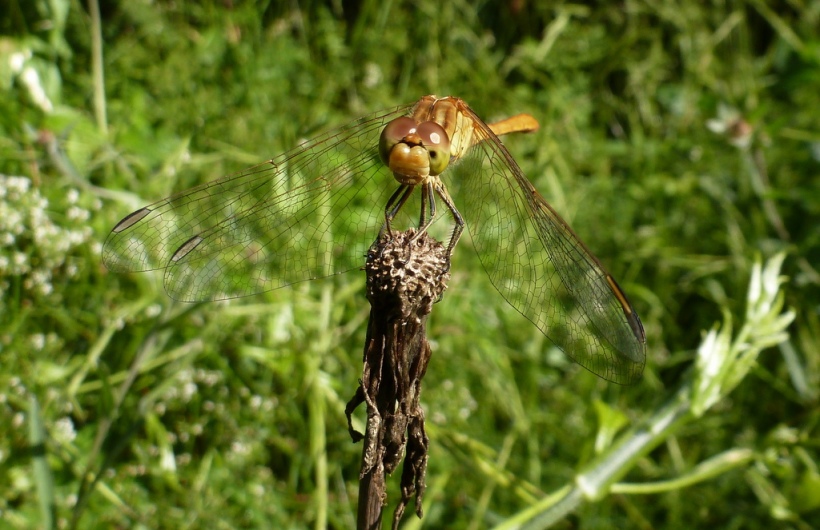 But I think he looks happier now.

O.K. maybe I should get out more, must be spending too much time in front of a computer screen.

The woods also provide a bounty of wild fruit for those who are interested in foraging.

The strawberries in the woods are small but delicious.

The other fruit that provides a good snack in the moment can be more difficult to reach as the trees often become leggy in the woods as they stretch towards the sun and the fruit remains temptingly out of reach.  You have to find some that have found a clearing and have some lower branches with fruit closer at hand. 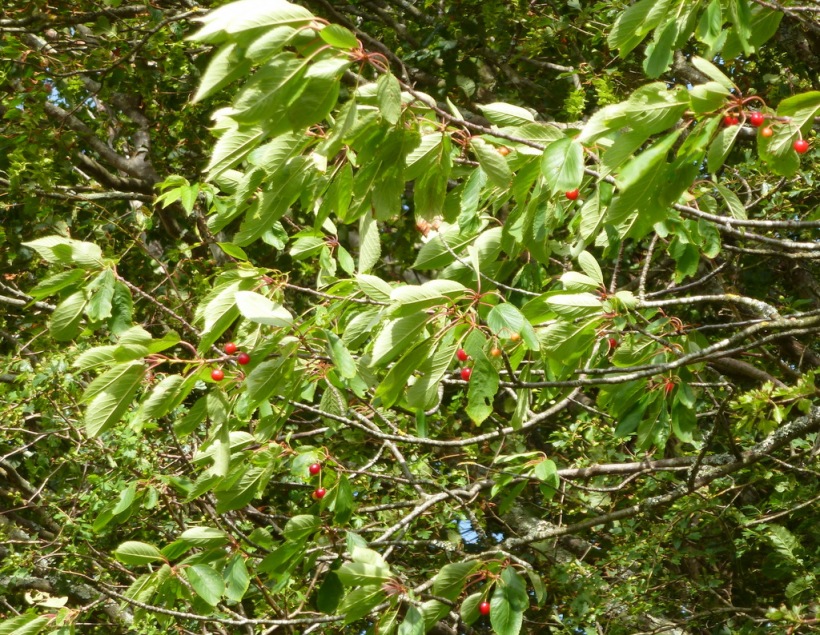 These are the Griotte  or sour cherries.  These are wild cherries and have small fruit but they are not at all sour and are in fact sweet and have a good flavour.

As mid summer passes the woods are already preparing for the future.

The brambles near ground level offer their flowers to the pollinators clambering over the other plants to reach the sunniest parts.  These will give us plenty of fruit in the late summer. 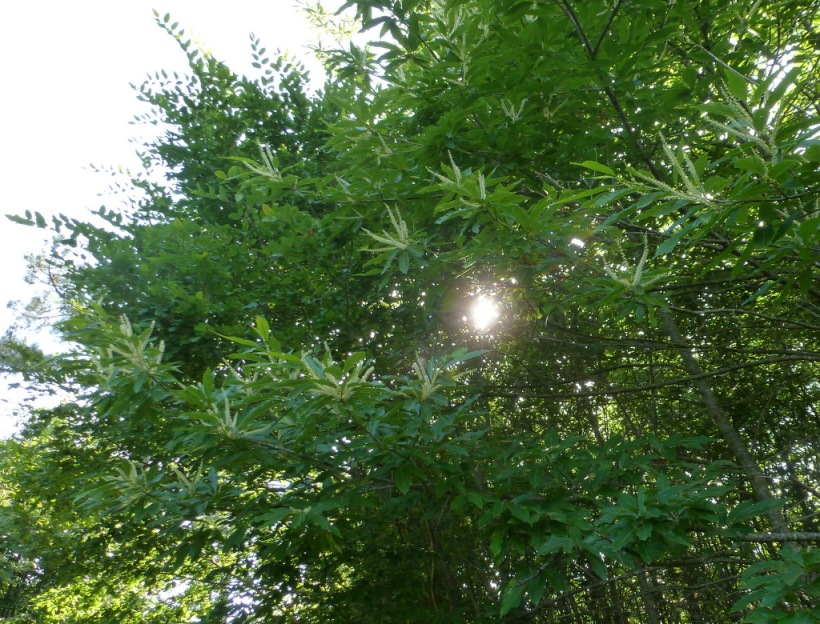 Overhead the chestnut trees are in flower.  The chestnuts themselves won’t be ready until even later when the days become shorter, but for now the woods are preparing for their next act.  Life in the summer is busy in the woods.

8 thoughts on “Looking back on June in the woods”