I have a shop bought bee nest that I have hanging in the front garden on the lilac tree. 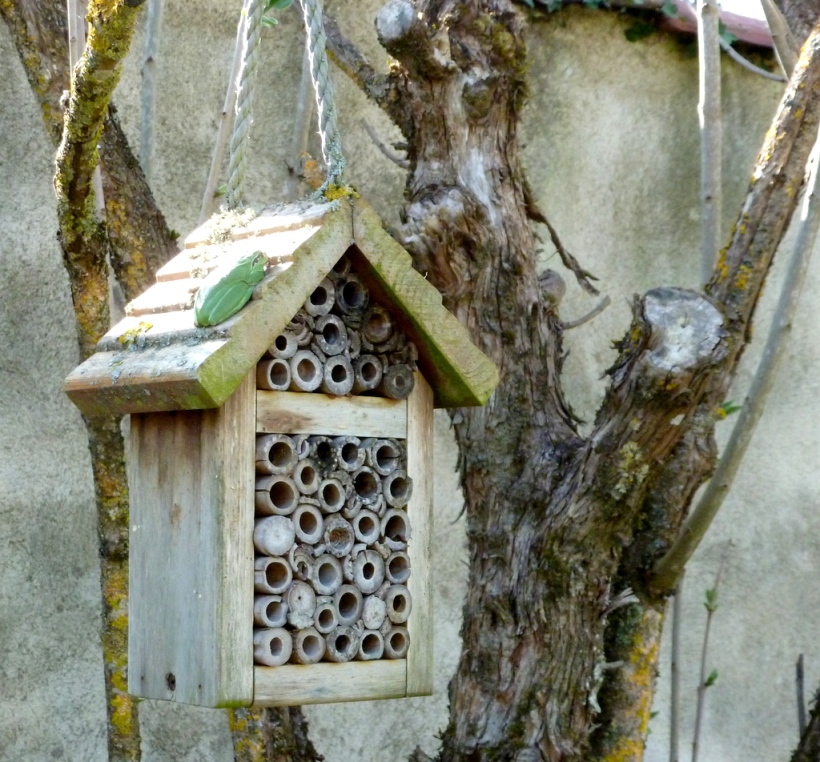 I have been interested in increasing the number of solitary bees nesting in the garden and I was hopeful that in doing so any observations might be useful to others attempting to do the same thing.

One thing occurred to me was that while it was very easy to obtain lots of information on different patterns of nesting boxes to tempt these little furry friends to nest, there was less on what they would be eating.

I noticed that my Mason bees (Osmia rufa) were busy building nests on the 2 April last year (great things digital cameras, for dating your photographs!). 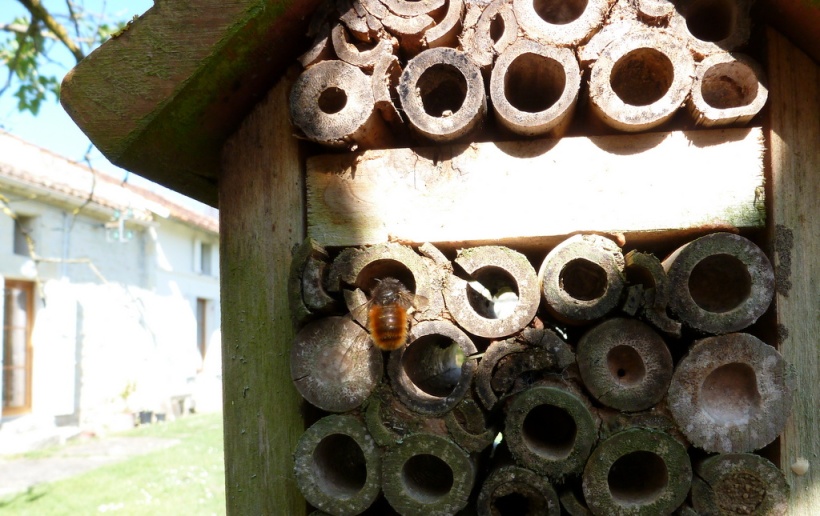 That means that the males probably hatched mid March, assuming that the females hatched about two weeks later and got straight onto the business of building nests.  The bees are short-lived and the females only live for about six weeks.  Mine were not active for as long as that, at least I did not observe them for as long as that.

But more than the flowers, it is the time for blossom in the trees.  The willow and plum trees in the garden were in flower in March, the rest followed on in April.

What I did next was to check out what flowers were flowering in the garden then.  I was quite surprised by what was around in the photographs and what was being visited by bees and other insects.  Aubretia, red dead nettle (Lamium purpureum), lesser celandine (Ranunculus ficaria), wild violets, Sarcococca confusa, winter honeysuckle (lonicera-fragrantissima), lamia, Starof Bethlehem (Ornithogalum umbellatum) and hellebores were all out when I checked back. That was just in the garden and I’m sure there would be more wild flowers; I certainly saw a lot of violets on my walks. 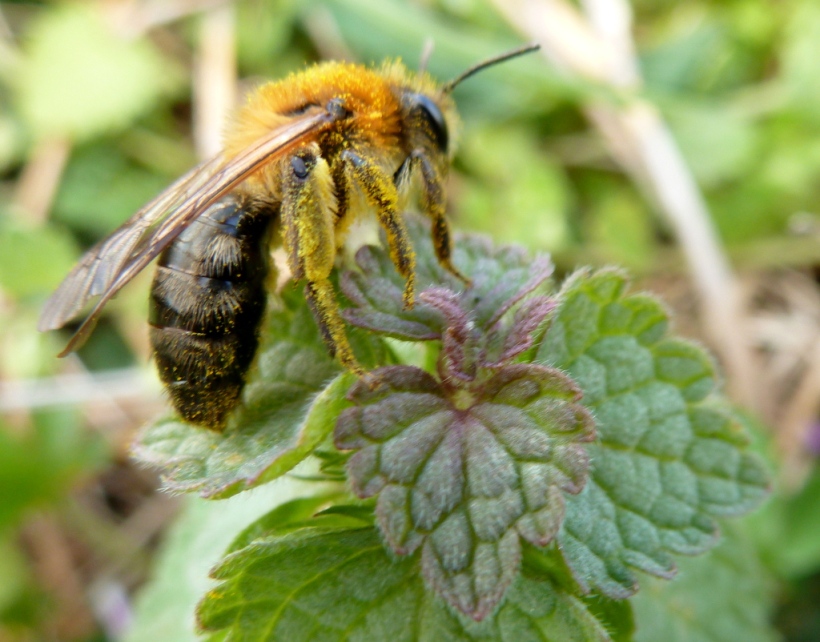 This is completely circumstantial guesswork as to what the Mason bees could feed on but I felt reasonably smug about my photographic detective work……Then I read “Food Plants of the red Mason bee  (Osmia rufa L.) determined based on a palynological analysis of faeces” by  D a r i u s z T e p e r (Journal of Apicultural Science, Vo. 51. No.2, 2007).

This paper explains how a nest of Mason bees was observed over two seasons. The nest was covered nightly by a net so that the bees were prevented from making a quick escape in the morning.  The bees, taken short, were obliged to relieve themselves on the net before being released to go about their daily business of nectar and pollen gathering.

The researcher then painstaking scraped off the faeces from the net and made slides for microscopic examination to determine the origins of the pollen that was still undigested enough to be identified.  Now that is what I call dedication.  It puts my trawl through my old photos into perspective.

A simpler method would be to destroy the nest and examine the pollen packed around the eggs or to try extract some but leave the eggs in the hope they would hatch.  Teper’s method, however, is not invasive and does not destroy the eggs.  According to the paper the Mason bees visit twenty two families of plants, most of which provided the bees with both pollen and nectar but  29 % provided the bees with only pollen.  Among these pollen providing species are wind pollinated plants such as the Beech, Walnut and Oak.  Wind pollinated plants provide ample pollen which is much needed to provide the protein for the growing larvae inside the Mason bee nests.

The willow tree (Salix alba) at the bottom of the garden may be an ideal site to try another homemade bee house.    I am a little bit behind on the preparation of new nest boxes but I hope to remedy that in the next few days.

I can’t resist posting a photo I took on Thursday (8.2.13) of the queen bumble bee (buff-tailed, I think) out foraging.  It was only about 8 degrees C but we had some sunny spells that we have not had for a while.  She had obviously  felt the need to stir and pop out for a bit of refreshment before settling down again somewhere warm.  She reminded me I had to stir and get active if I wanted to attract more solitary bees to the garden.

27 thoughts on “Thoughts of Mason bees and faeces”