When I visited Minerve in the Languedoc-Roussillon last week we parked in the visitors car park outside the village which must be reached on foot.  The car park was well designed and the light stream of visitors parked and followed a well-trodden path for their initial view of the beautiful village.  Afterwards they followed the paths to the village pausing to take in the scenery and the atmosphere.

Alongside the path the wild flowers were growing in abundance and the wild bees were out in their numbers.  I think this is a Cistus incanus which is a Mediterranean plant so I’m not sure whether it has arrived here by itself or it is indeed native to this area of southern France.  It is so beautiful and provides the perfect foil for my bee which I think is the same Osmia cornuta which is nesting in my bee hotel in the garden.

The Osmia do not collect pollen on their legs.  The female Osmia have a brush of pollen-collecting hairs on the underside of their abdomen.

I was engrossed in my bees when I heard a voice from a party returning to the car park and explaining to a child that “The lady was taking pictures of the flowers”.  The child was obviously more interested in what I was doing than admiring the view and I’m sure would have been fascinated with all the bees.  It made me wonder how many people tread the well-trodden path and do not look any further.

After we left Minerve we followed a descending road but stopped at a marked view point.  The view was truly remarkable but when we looked a little further we found an abundance of wild flowers.

The bees have plenty of forage at this time of year and were visiting the wild thyme.

Just off the path were yellow orchids,  Ophrys lutea, I think. 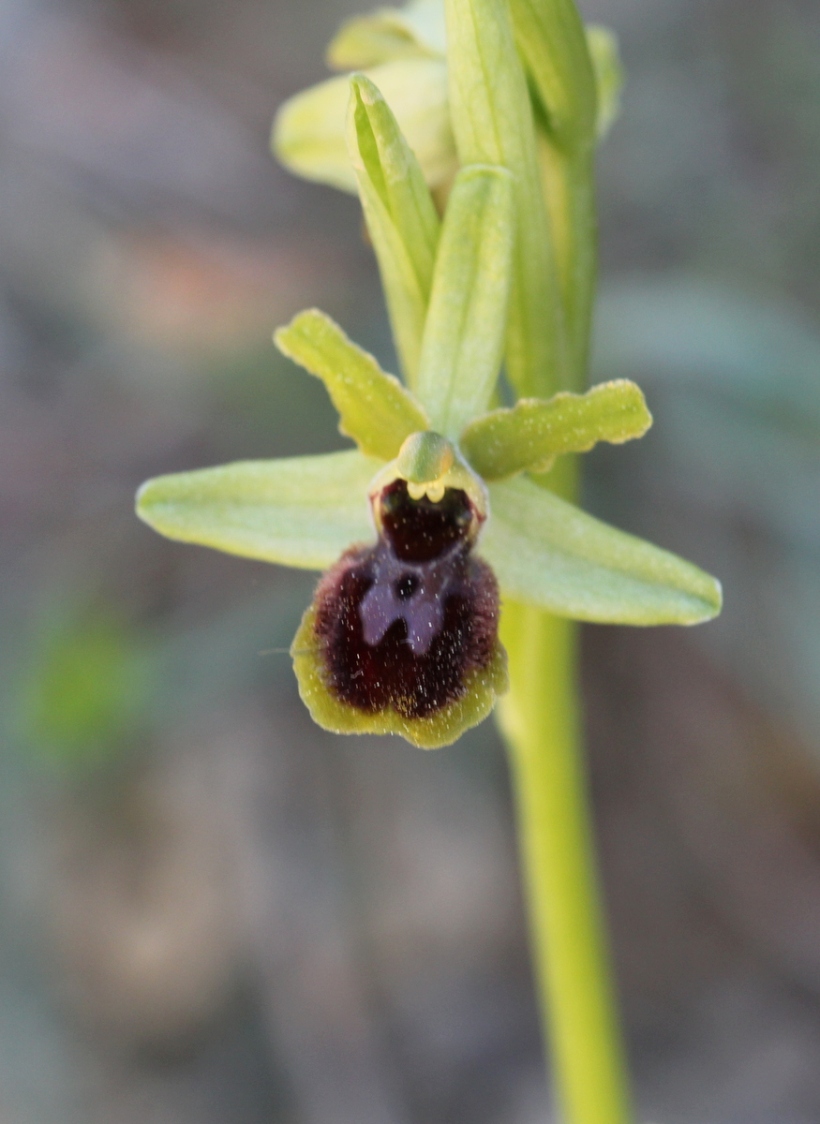 Close by was another which I think is the Spider orchid Ophrys aranifera, which doesn’t look to much like a spider to me.

I’m not even going to try naming this one as orchids are extremely difficult to identify.  Lady Orchid, Orchis purpurea (Please see Susan’s comments beneath.)

This beauty was pushing up here and there, not as large or rambling as the sweet peas but just as attractive.

A peach tree had already set fruit testifying to the mild climate of the area.  An almond tree was also in fruit with some of last years fruit still on the ground and edible.

Still, like good tourists we pressed on to our next stop and took in the views until the bees called again.

The cow parsley was attracting lots of bees and other insects.

This is a cuckoo bee, I cannot be more precise for the species.  These bees do not build their own nests but lay their eggs in the nests of other bees.  Their young will be nourished on the pollen and nectar set aside by other bees, quite like mining bees of the genus Andrena.

I was lured back to the straight and narrow by the promise of an ice cream in the village, so I left the bees and my photographing.  It made me wonder though, how often we follow the well trodden paths and how much we miss in doing so.

Returning home on the motorway we stopped just outside Agen.  The weather was fine and we really needed to stretch our legs.  It was the usual petrol station/restaurant set-up but they seemed to have gone a little bit further than many in France and provided more places to sit and a pleasant play area for the children.  Just across from the play area we found – yes, more orchids. 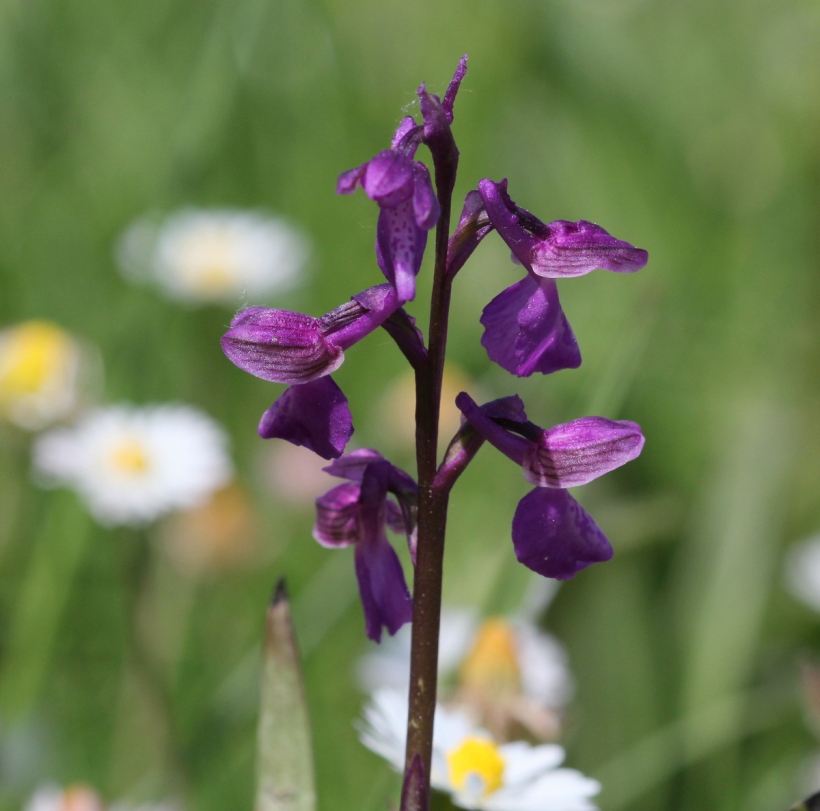 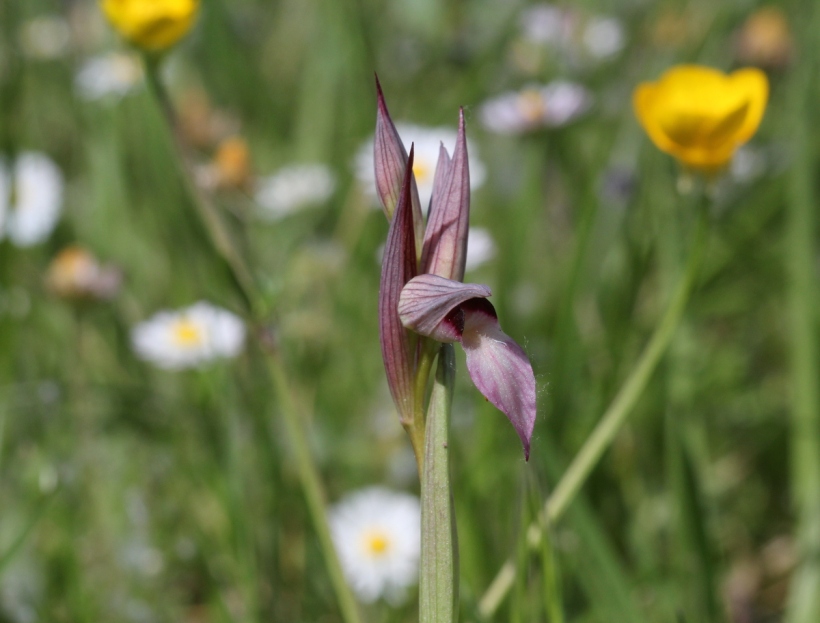 And this beauty that is just starting to flower. (Tongued orchid, Serapias lingua – see comments)

We don’t have to wait for a signpost or a well trodden path to find something of beauty.

36 thoughts on “Off the well trodden paths”