My biggest social event of the year is the Gym fête celebrated as a mechoui.  Our gym club meets in the old school in the village and there are three classes a week for an hour on Monday, Wednesday and Friday evenings.  We are about 25 – 30 members but the fête attracts more like 120 people.  The preparations for the fête are all done by the members and friends. 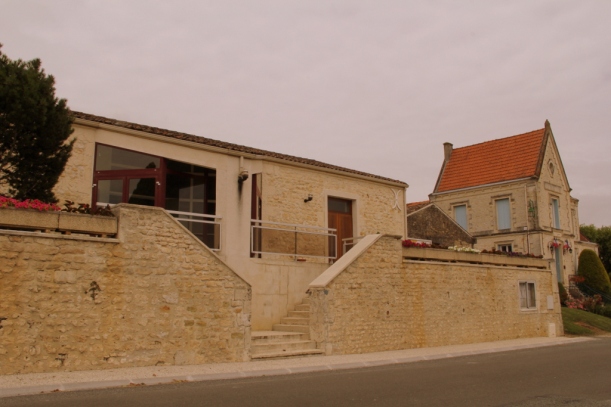 The village has a Salles des Fêtes.   These public buildings are common throughout France and can be hired for weddings, parties and can be used for public meetings.  Ours suits the gym club fête perfectly. 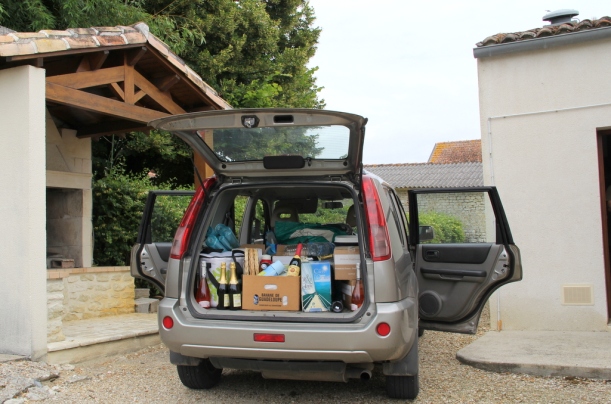 The arrangements for the fête start to be brought together the afternoon beforehand. 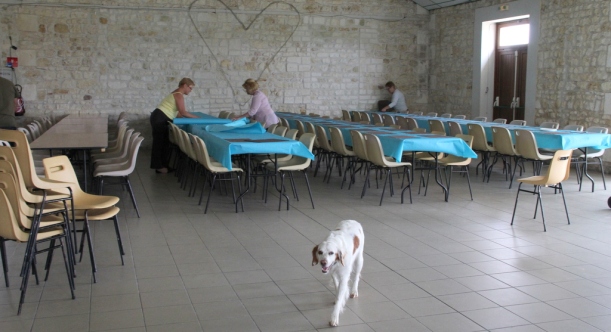 The tables and chairs belong to the hall but they have to be set up and paper table clothes laid to add a festive touch. 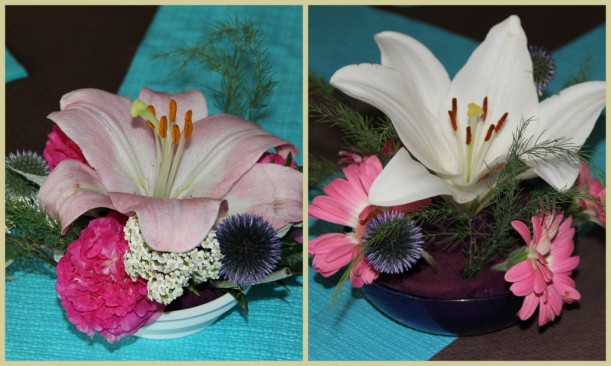 There are even fresh flower arrangements for the table made by a member with flowers from her garden. 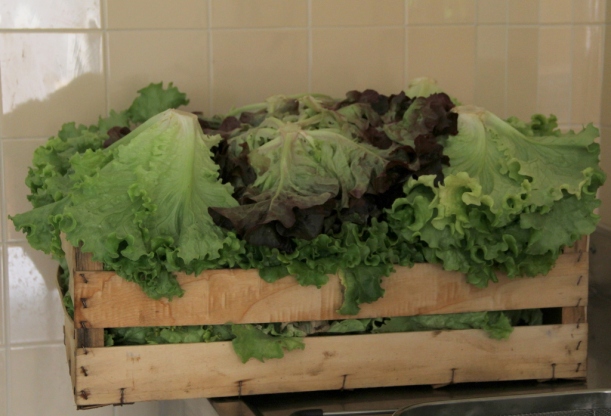 On Saturday afternoon the action in the kitchen  intensifies and the salads for the entrée are prepared. 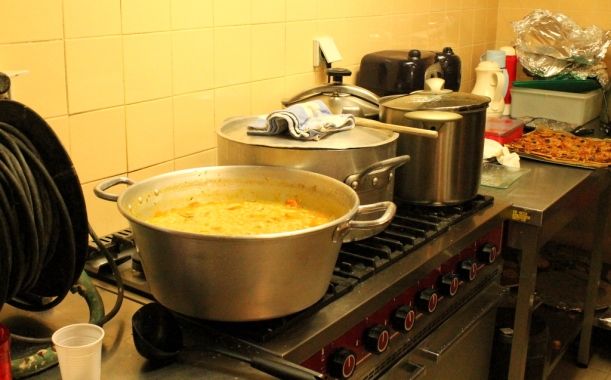 Quantities are generous, there were three large pots of beans. 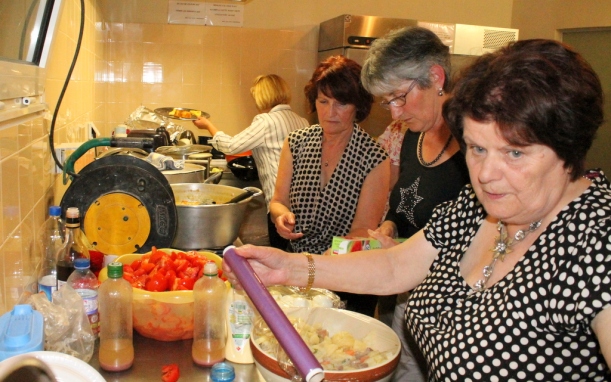 There are plenty of helpers as there are a lot of tomatoes and cucumbers to slice and melons to cut. 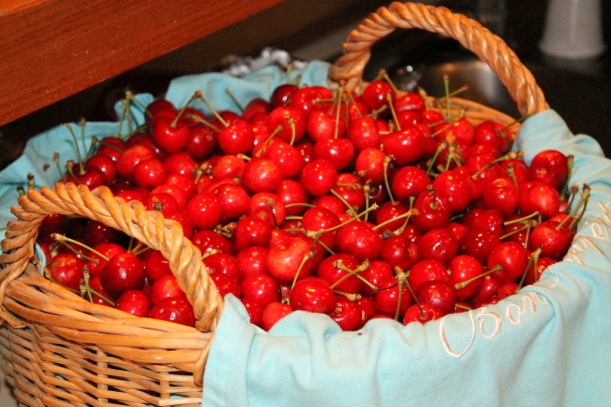 Like the cherries a lot of the produce comes from the helpers gardens. 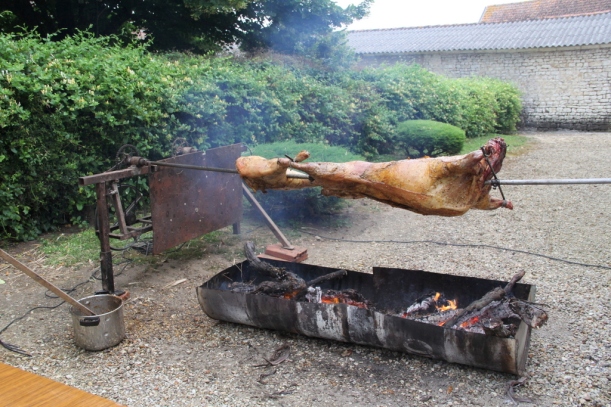 It is eight o’clock in the evening and the lamb has been roasting for 2-3 hours. 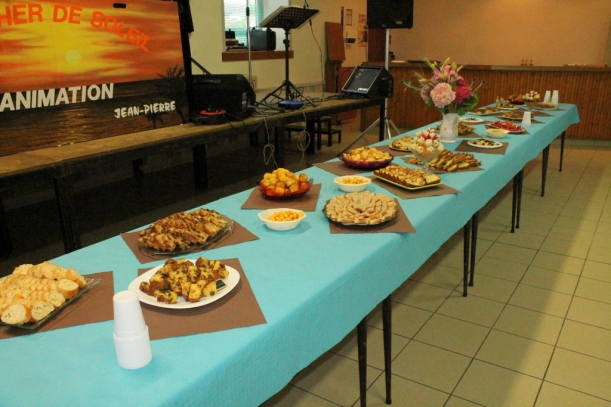 The dinner starts with the aperitif – a delicious selection of home-made savoury cakes and other tit bits.  The drink of the moment for the apero is rosé wine and pineapple juice. 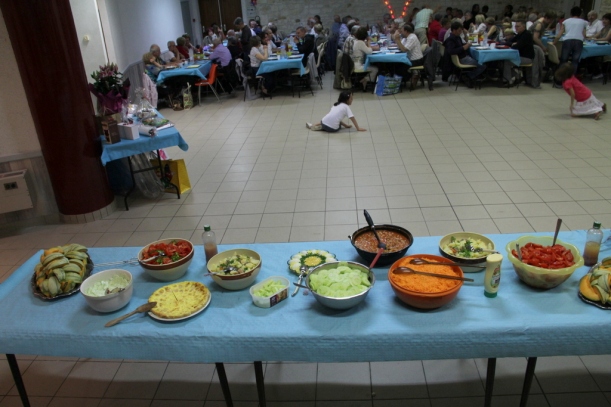 The entrée is a selection of salads and flans. 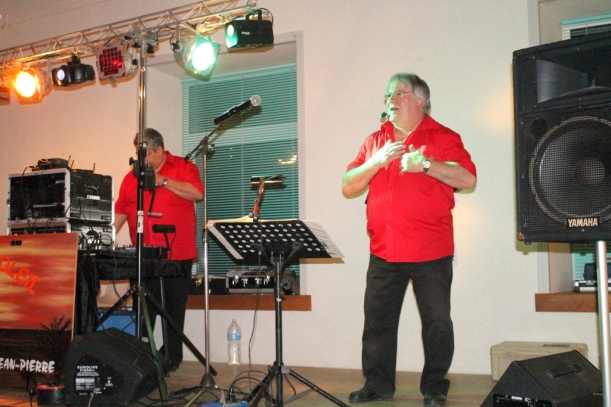 The party is animated by the redoubtable Jean-Pierre who has the crowd singing and waving their napkins in the air! 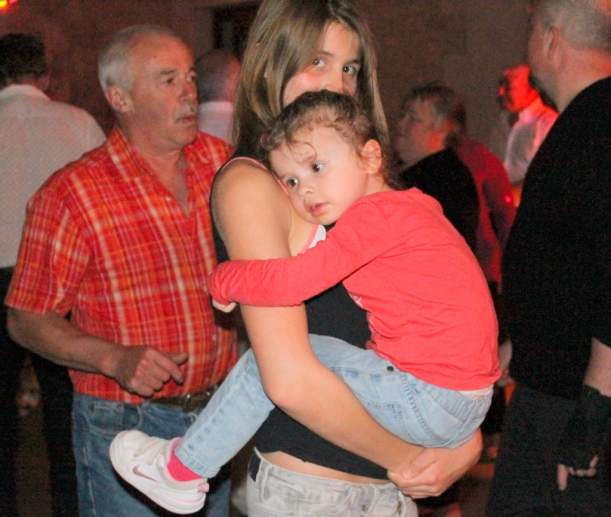 French fêtes are family affairs and all ages are present. 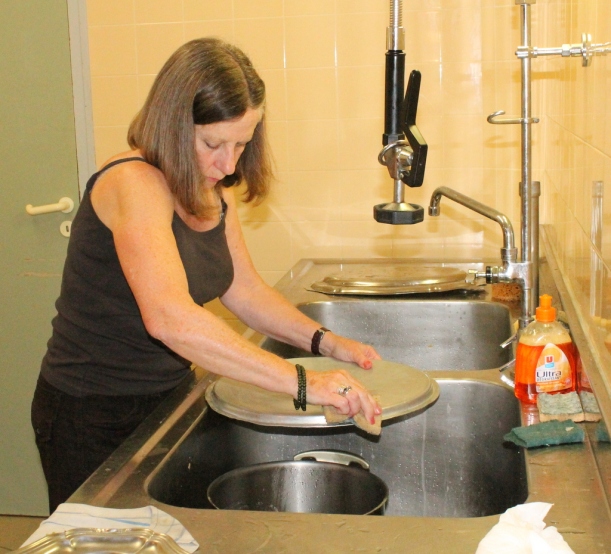 In between dancing there is time to pop into the kitchen to keep the surfaces clear and keep on top of the washing up. 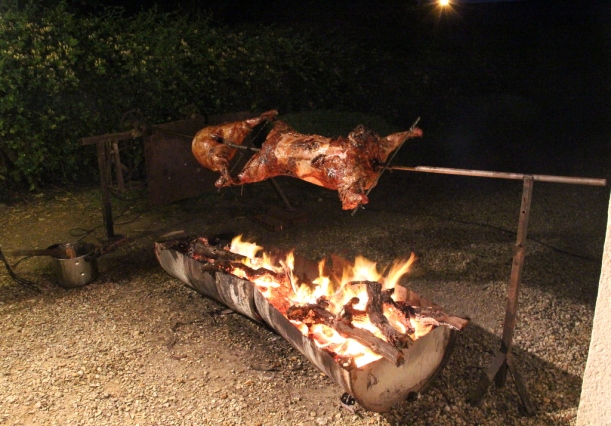 It is nearly eleven o’clock and the lamb is about done. 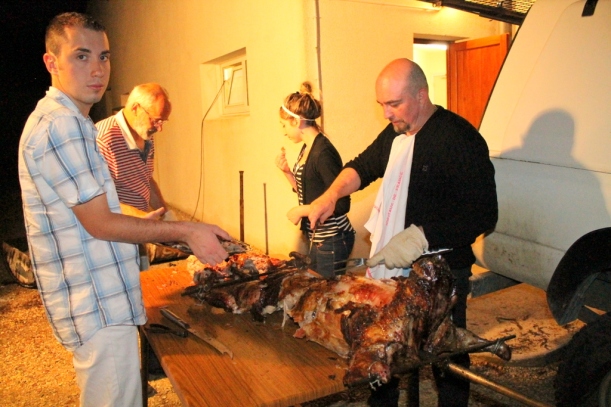 The local butcher lends his expertise to carving the lamb.  The lamb is served with beans as the main course.

The lamb is followed by a cheese course and lettuce salad. 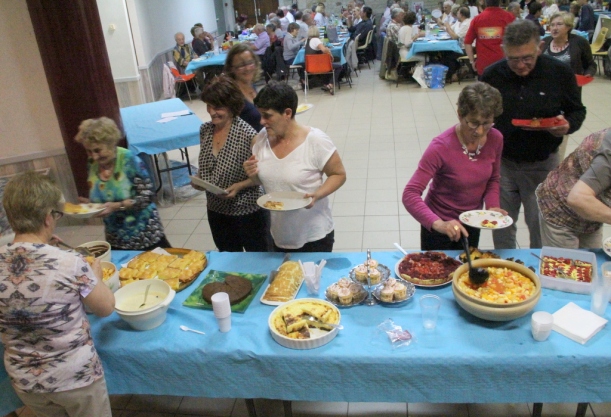 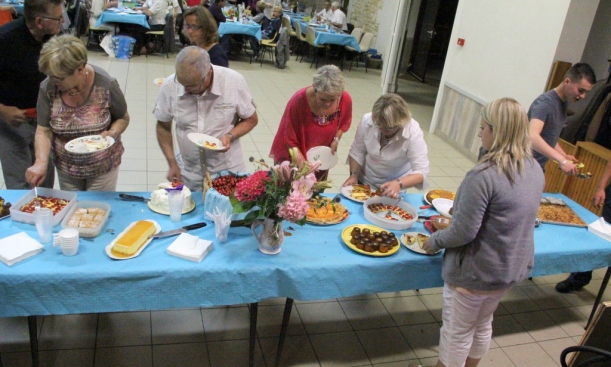 The desserts table must have two pictures to give sufficient credit to the marvellous array of home made desserts. 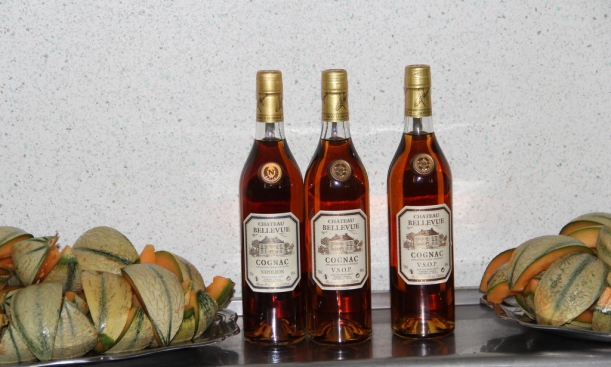 I haven’t commented on the drinks but these were served with the appropriate courses but being tea-total I am not well up on those.  We are in the cognac country so I know that is served towards the end of the meal. 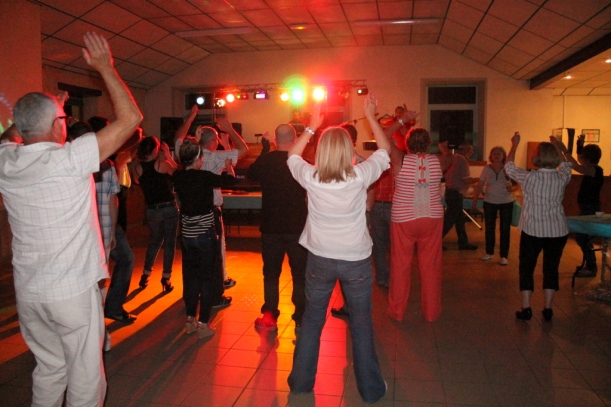 The dancing continued until well after two o’clock in the morning with a very mixed bag including the paso doble, old walzes, the Maddison and some more up to date tunes. 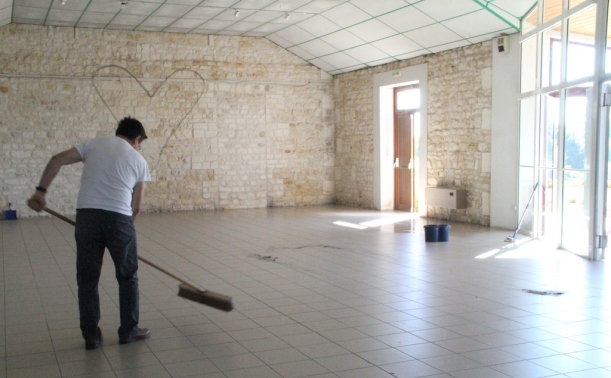 All good things come to an end and the band of helpers is back the next morning to pack away the table and chairs and clean up the hall and kitchen.

The leftovers are not wasted and we retire for lunch to for a second feast in one of the members house.