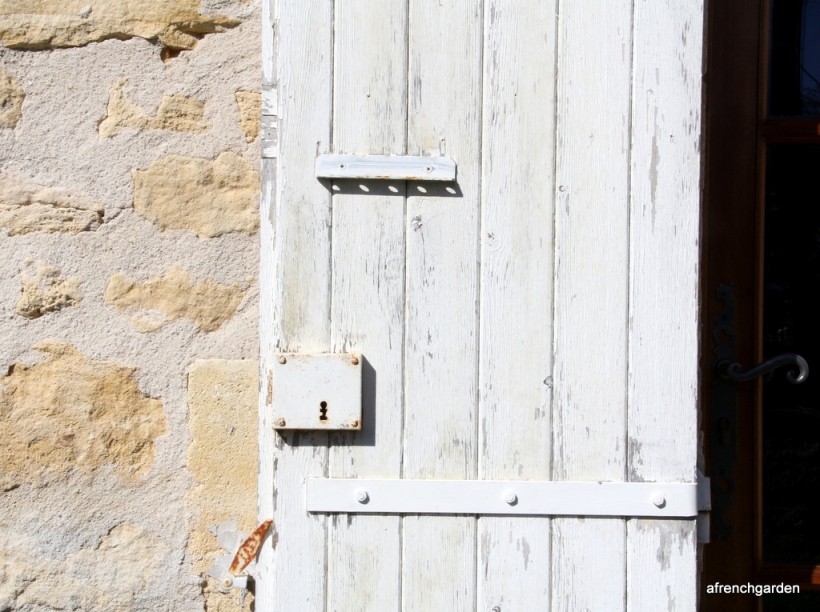 This is the shutter of our front door which is left in the open position practically all the time.  However, my husband has a tendency to glance behind it when he passes by. 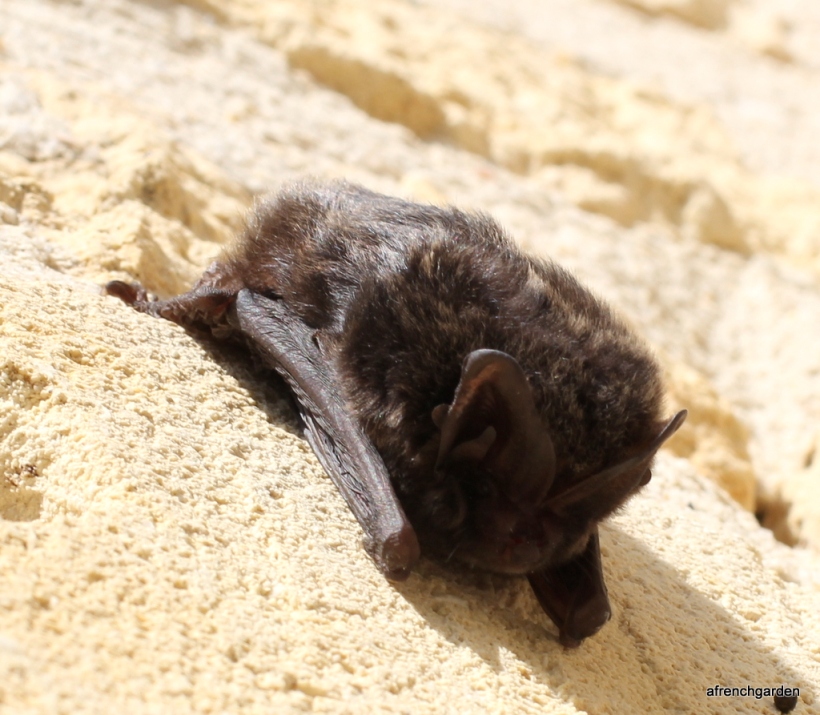 He did that on the 14 March last year and found a bat clasping onto the wall behind the shutter. 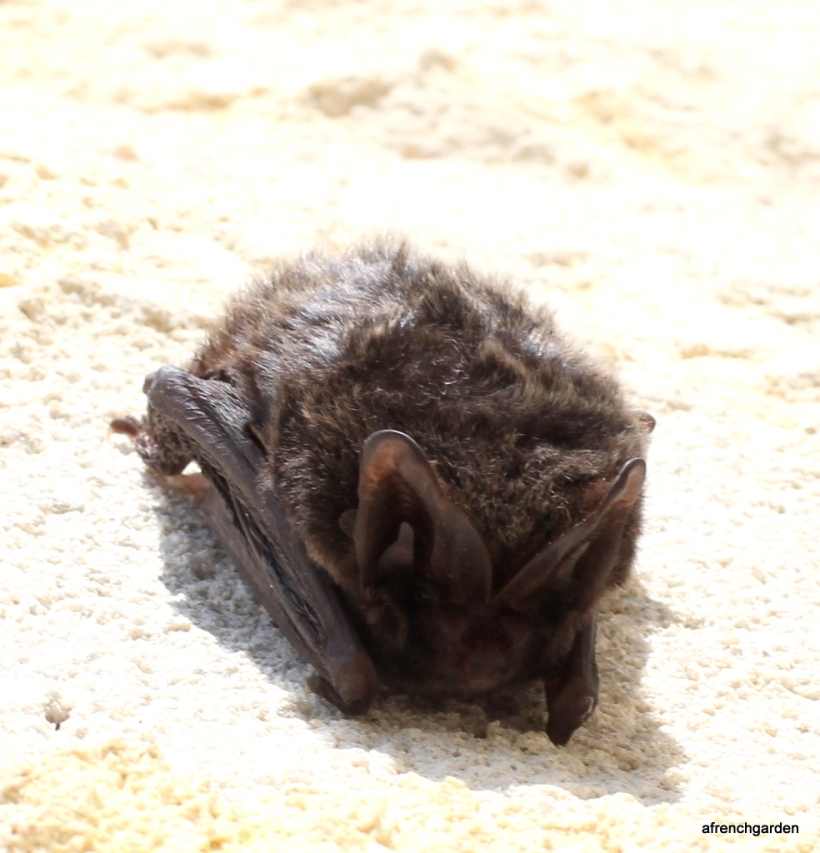 It was a bit of a change from the usual lizards that hide there!  He stayed there for a few days but I have no idea what kind of bat he is. 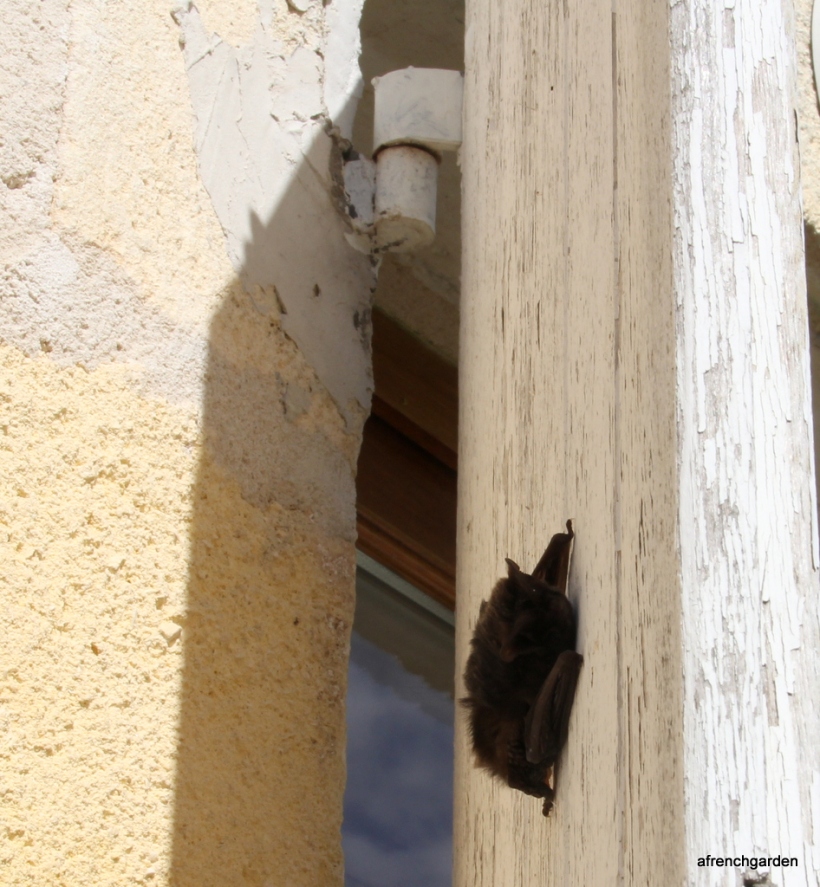 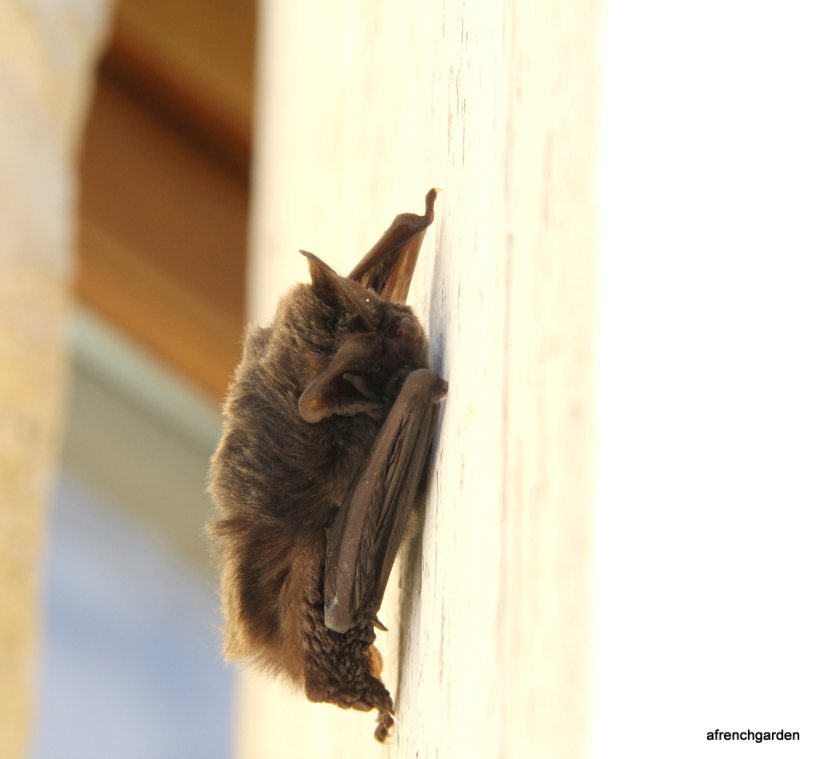 Black bats are difficult to photograph but at least he stayed still. 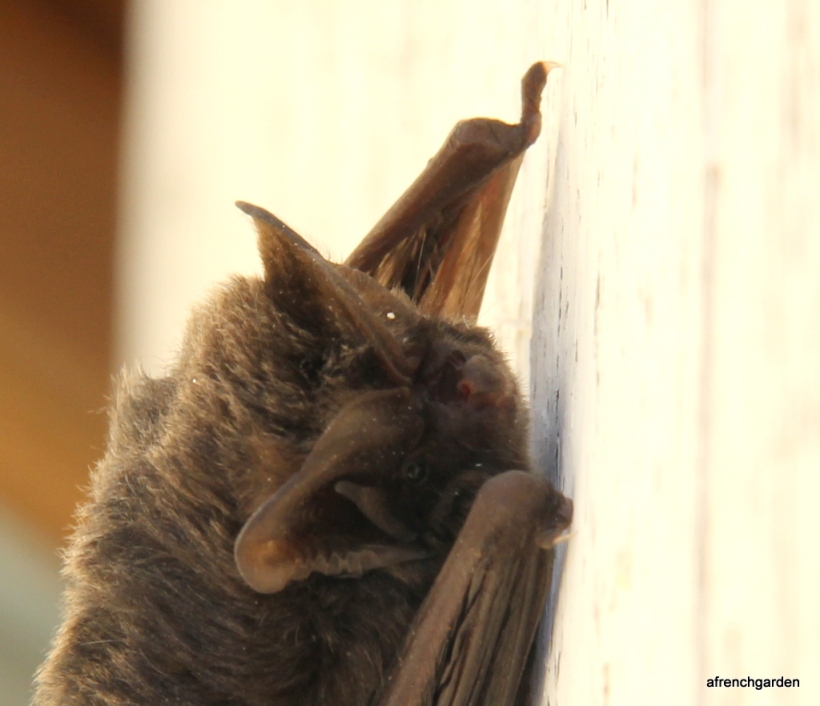 Looking closer he has got a cute face. 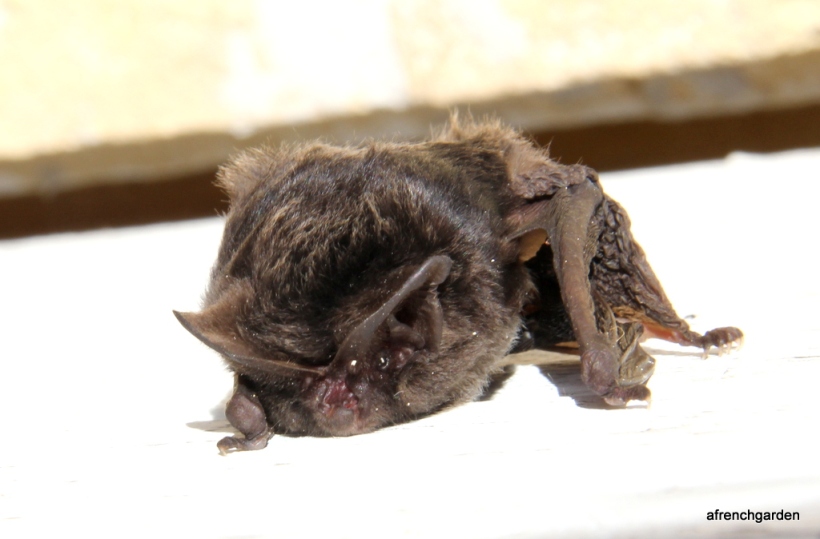 Is he trying to tell me something here? 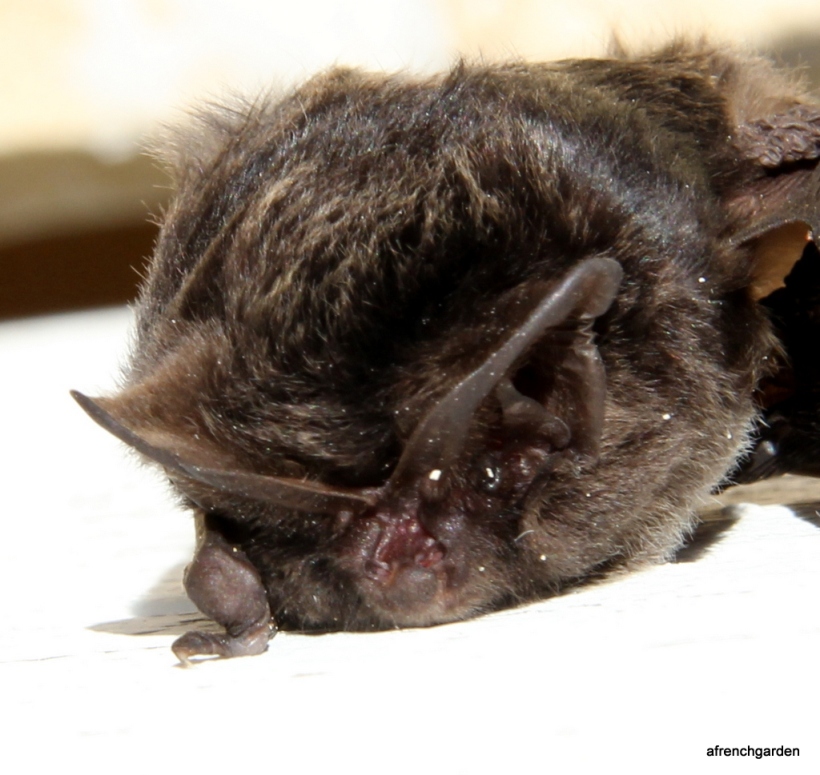 I noticed that he had a strange indentation on the outside of his ear flap and I wondered if it had been bitten.  When I tried to identify him I saw a picture of a Barbastelle bat (Barbastella barbastellus) that had the same marking on the ear.  Can anyone help out with an identification? 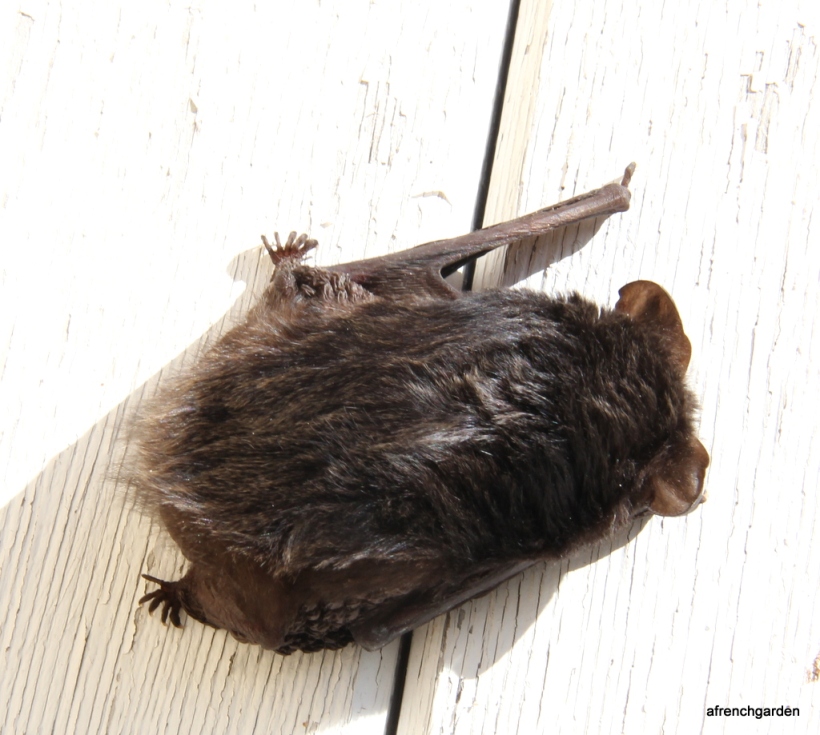 He measures 6 centimetres from front to back and has an incredibly furry coat.  He has five toes – just like us!

I don’t think our last year’s bat is the same species so he still stays an unidentified visitor.

I’ve put a watermark on these photographs.  Do you think it is pretentious?

38 thoughts on “A furry visitor”