We took a break for a few days last week to stay outside Agen and visit the area nearby, between the rivers Garonne and Lot.  Lac Bajamont, is not well known but was nearby so we decided to take a look.  At first site it reminded me of some of the small lochs you see in Scotland, it even had a fisherman on the bank.

There were plenty of thistles around but you would not see a Hummingbird Hawk moth (Macroglossum stellatarum) in Scotland! 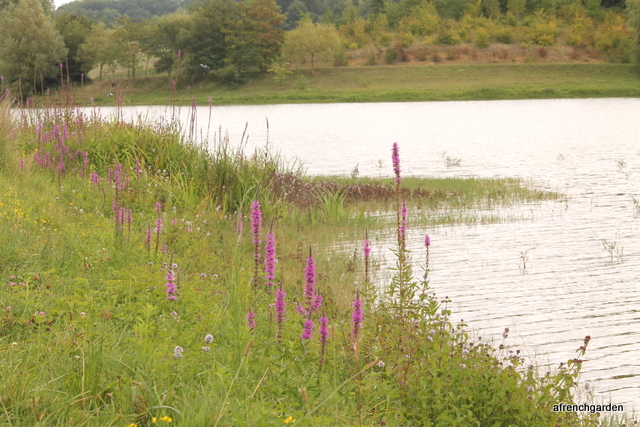 The  lake was bordered by wild flowers like these purple loosestrife (Lythrum salicaria) although it is not a natural lake but more a dam of 22 hectares that has been created by the nearby local councils to control local flooding and regulate the flow of the river.  The lake is under the protection of the Fishing Federation of the Lot and Garonne and is used for course fishing.

As we walked around the lake we were impressed by the variety and abundance of wildflowers.

Of course, where there are flowers there is lots to see.  I think that someone must have had hives as honey bees were very much in evidence on the flowers. 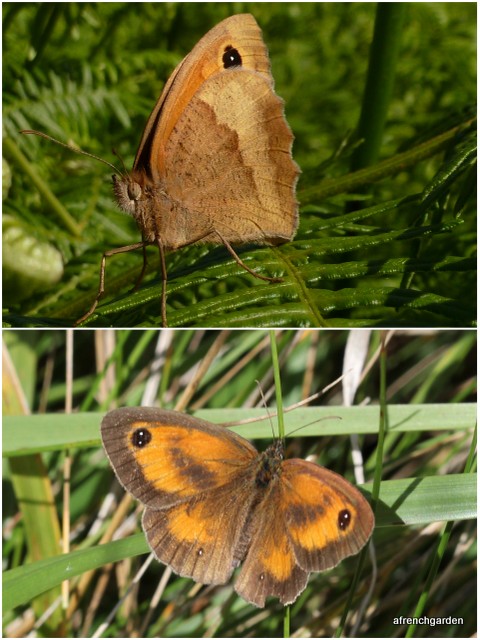 There were lots of Meadow Browns and I spotted the very similar Gatekeeper as well.

The bright blue of the male butterflies seems so unreal.

Sometimes you need to get closer to feel the full impact of the colours and patterns, like the eyes of this Spotted Fritillary. 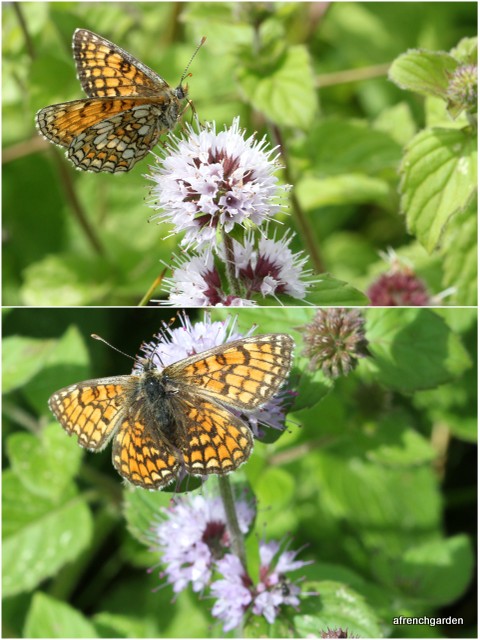 Perhaps it is a good point to mention that I have done my best to identify all the creatures that we managed to take decent photographs of, because I would like to share our walk, but I am not an expert and I apologise in advance if I I have made any errors!

The waters of the lake are so clear at the edges that Kourosh was able to take this picture of the Crayfish under the water.  This is an invasive variety and not a natural European species.  I must give Kourosh the credit for many of the photographs in this blog as I kept on my Macro lens as there were so many small creatures attracting my attention.

The lake is kept only as a nature reserve.  No swimming or motor boats are allowed and fishing is with a permit only.   This allows joggers and picnickers a site to enjoy the outdoors and its peace. 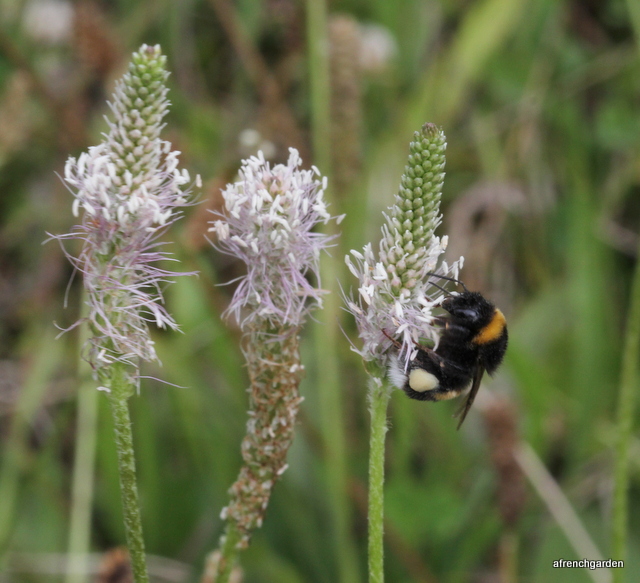 Most of the flowers were similar to the ones we see in our area but I had never seen Hoary Plantain (Plantago media) before. 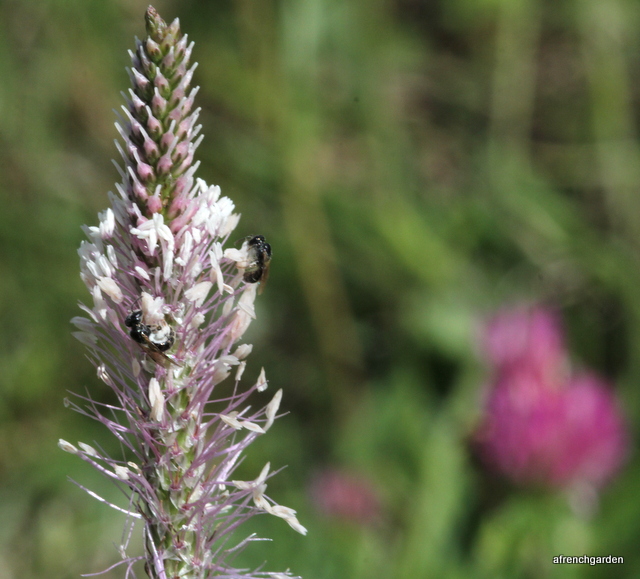 The more common plantain flower is very plain but this plantain has lovely lilac/pink flowers that the bees and butterflies find very attractive.

There was lots of Knapweed around.  This is really a plant to attract all sorts of pollinators and one I am going to try to increase in my garden. 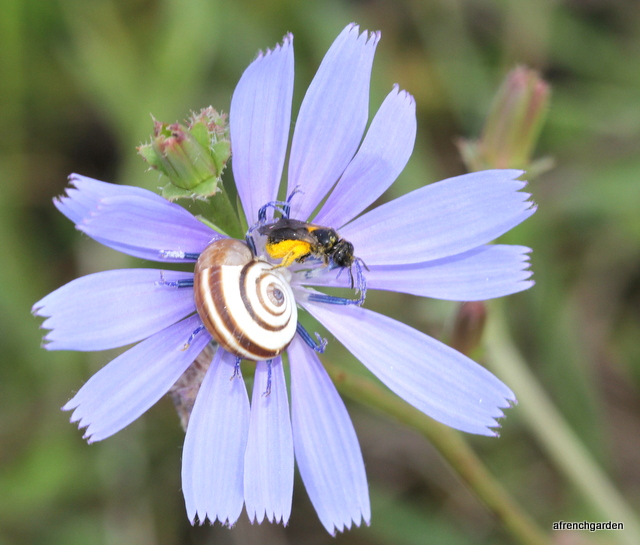 There were lots of blue chicory flowers, this one was being attacked by a snail much to the disgust of the little bee.

Of course, being beside the water there were plenty of damselflies and dragonflies around.  Just so much to see.

I at last saw my first Swallowtail of this summer.  Not a great photo as it is taken with my Macro lens after a close chase.  It is a big butterfly but it can shift!

This one was sunning itself and easier to capture.  It had attracted my attention as it was purple!  The colouration changed with the angle of the light that was falling on the wing scales.  You can just see the slight colouration in the photograph but it does really look purple in certain lights, in others it looks a much less remarkable brown.  I was very lucky to see it on several counts.  Firstly the female does not have the purple reflection and secondly they often spend the day on the crowns of trees.  The eggs are laid on Poplars and Willows and we have plenty of those near us but this is the first time I have seen it.

Unfortunately, I’ve had no luck identifying this.  I would guess at a moth, but it has such a strange wing shape.

I’ll close with a picture of some vetch.  We took so many photographs on our short walk round the lake that it’s been hard to condense them to give an idea of the place.  Our lasting impression was of admiration for the brilliant solution to the areas previous  flooding problem.