At this stage in the year it is usual to accept that winter has come.  I just want to know where autumn went to.  We did go back to the U.K. for a couple of weeks late in October, coming back early November.  We came back to sunshine and tales of summer-like temperatures whilst we were away.

Arriving back I checked out the garden before I went inside the house  and went straight to the Mahonia “Charity” that was planted last year.  The Mahonia was already nourishing a queen bumble bee.  “Charity” is a big variety and has put on quite a bit of growth since last year.  I had also planted two “Winter Sun” Mahonia which flowered in October.  I felt that was a bit early but they were mostly in the sun this year.  Perhaps when they get more shade they will do better.

As well as the queen, there was a worker bumble bee on the Mahonia but she did not get that purple pollen from the Mahonia!

She had been working the Phacelia only a few metres away. 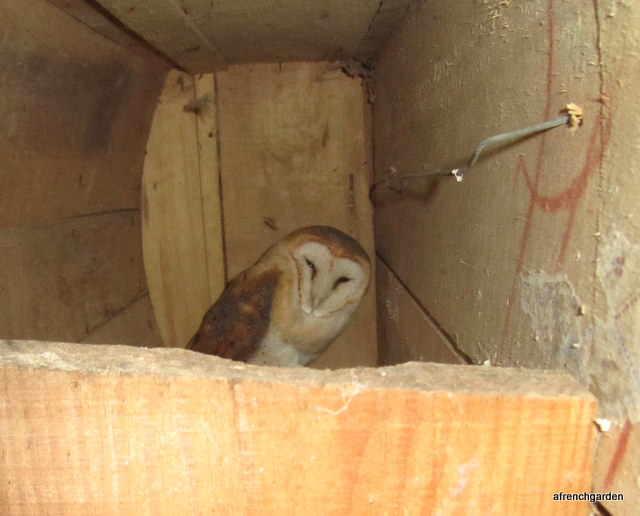 As I was checking out my flowers and bumble bees, Kourosh had noticed a lot of white splashes on the floor of our outbuilding and set up a ladder to check for occupants of his barn owl nest box.  The owl does not look overjoyed to see us but we are happy he has returned to use the nest as a roost, if not to nest. 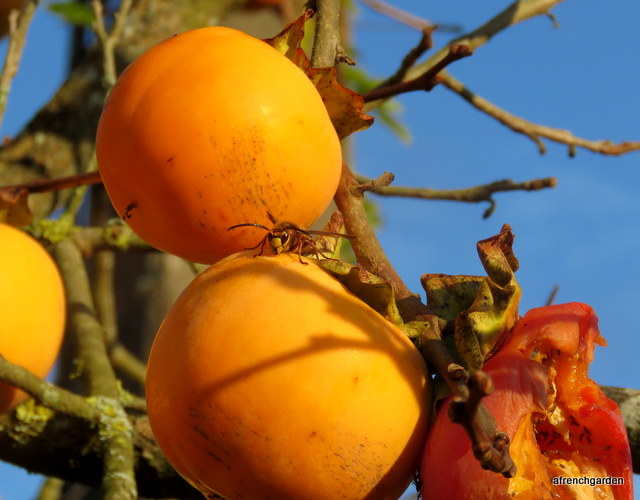 We are not  so happy to see the Asian hornets much in evidence in the garden.  The persimmons were ready to harvest when we returned and we are content to share some with the birds but not so pleased to see them being enjoyed by the Asian hornets. 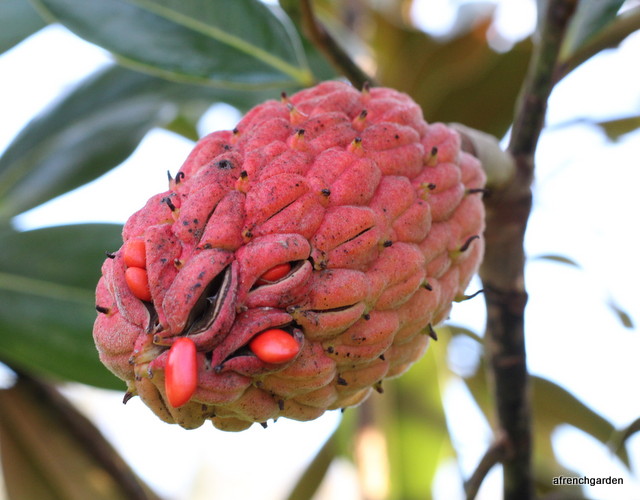 The seed pods of the Magnolia Grandiflora are literally bursting at the seams.  I wander whether this increased fertility could be due to the pollination by our honey bees.  They seemed to be much more attracted to the flowers than the solitary bees.  It is only thirteen seconds long but the video shows you how much fun the bees were having in the flowers during the summer.

I managed to buy some some bee friendly plants in the U.K.  I bought Monarda “Jacob Cline” and an Eucryphia nymensis.  My friend Linda had been busy growing lots of Knautia so I now have a good size patch that should be a magnet for bees next year. 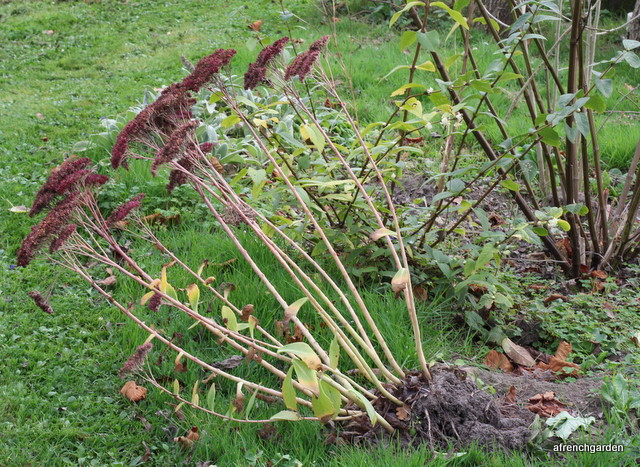 I am also replacing my sedum with varieties I which I know will attract bees.  Even though it was not the right time I did find a Sedum “Autumn Joy” and a small variety “Dragon’s blood” whilst I was in the U.K.  There are lots of little changes to be done and some bulbs yet to be planted but each change adds and an extra for the new year.

I planted the willows (Salix alba “Chermesina”)in January 2014 and now they are starting to fill out and add colour to the winter garden.   Although I am already looking forward to the spring when their task is to form a screen around a seating area.

30 thoughts on “Getting used to November in the garden”