We had almost no Winter this year; and the Spring has been most unusual.  Across the mainland Europe, warm days were interrupted with days of heavy rain and wind.

A week ago Amelia and I were driving near the city of Cognac and it was truly sad to see large tracks of vineyards completely flattened by hail-storm of late May.  They will have very little grape to harvest this year as well as next year, as next year’s crop should appear on this year’s growth.

In this little corner of the Charente-Maritime of France we have been gratefully sheltered from the worst of the inclement weather.

Since 20th June the temperature has suddenly shot up to over 30 degrees C (about 90 degrees F).  The garden has changed, as some of the Spring flowers have faded and others such as monarda and hydrangeas have  taken over.

The bees have been extra busy, but for a while I had some difficulty retrieving my bee suit and the bee equipment.  They are all stored in the cellar just outside the utility room.  There is a little beam there less than two metres high and a little redstart had decided to nest there using an old robin’s nest. 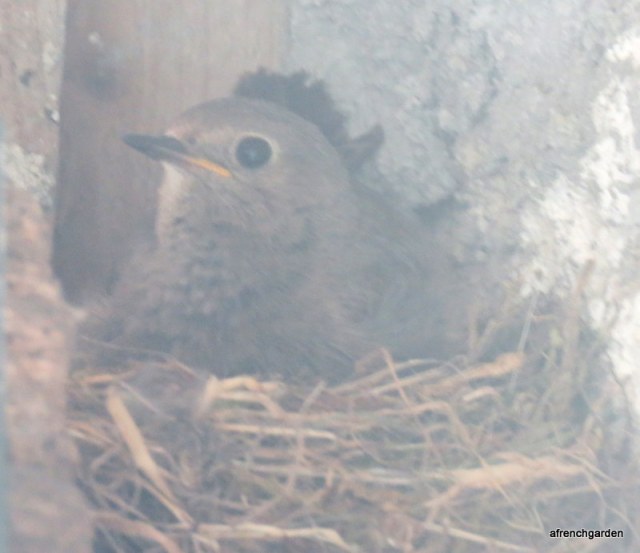 Another sneaky look whilst she was away and what do I discover?  The little lady has been really busy. 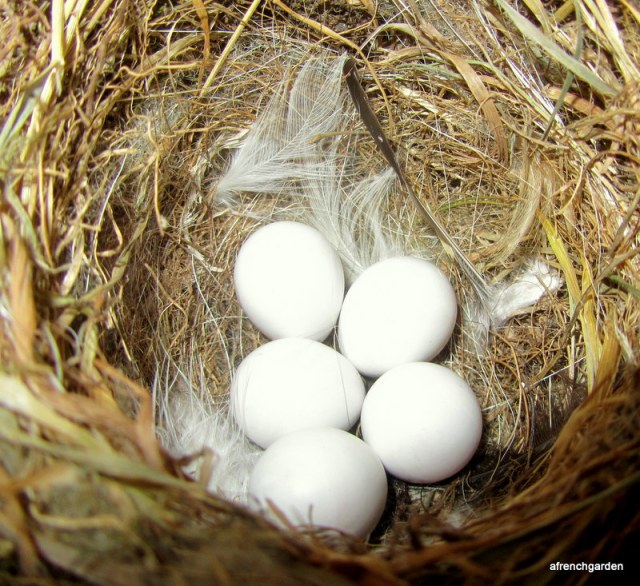 Five tiny eggs packed in gently in the old nest which she had repaired.

Two or three days after that I had another quick look to see what is happening.

They were all there.  All five of them.

It became a little easier after that to enter and leave the cellar to retrieve my bee suit.  But at each occasion, the chicks thought that their mummy has returned and will feed them soon. 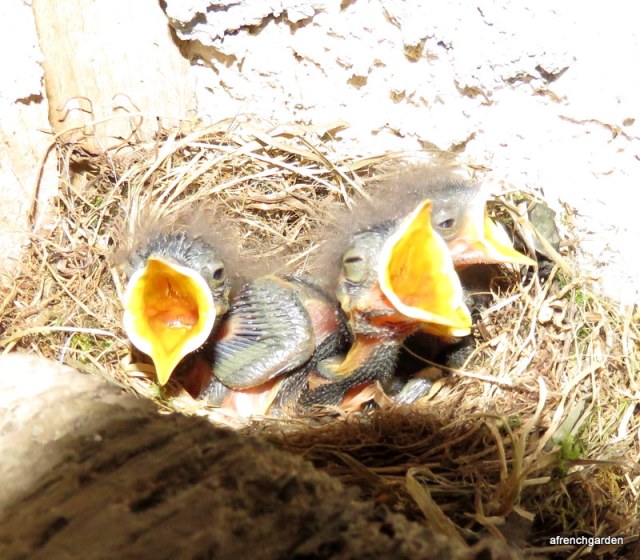 Meanwhile in the olive tree in the front garden a little sparrow was waiting for his mother.

Oh, well.  If mummy is slow in returning, perhaps the little fluff ball can have a go at the seeds himself. 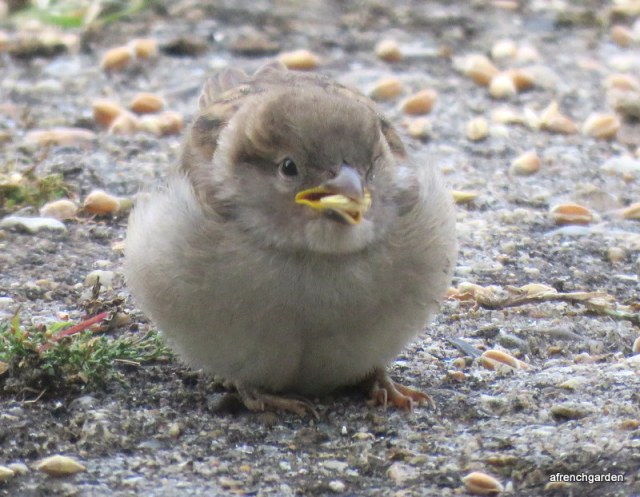 But what is this little bird in the water tough?  He is having what my little grand-daughter calls her ‘splishy-splashy’.

Even the blue tits is wondering who he is. 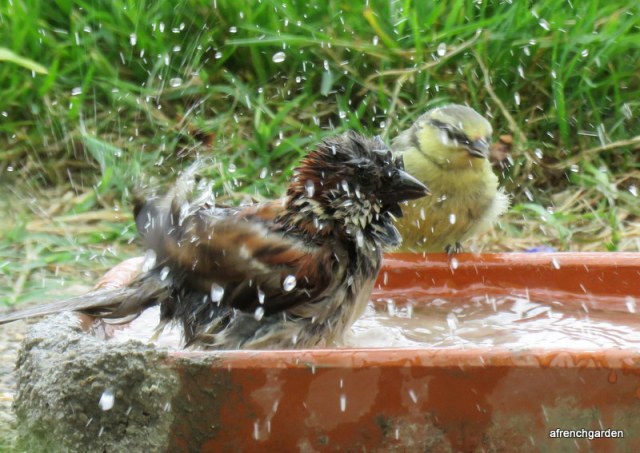 Despite the heat, I must go and cut the grass in the back garden.  But I don’t really have the heart cutting the wild flowers. 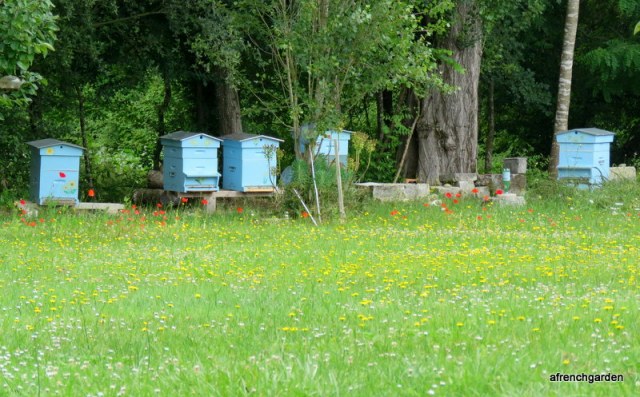