Last year we undertook a “Special Mission” to count glow worms on a route of  500 metres in length near our house.  I posted about the Special Mission in July last year.  We were contacted again this year and were on the road at 11.00 p.m. last Saturday. 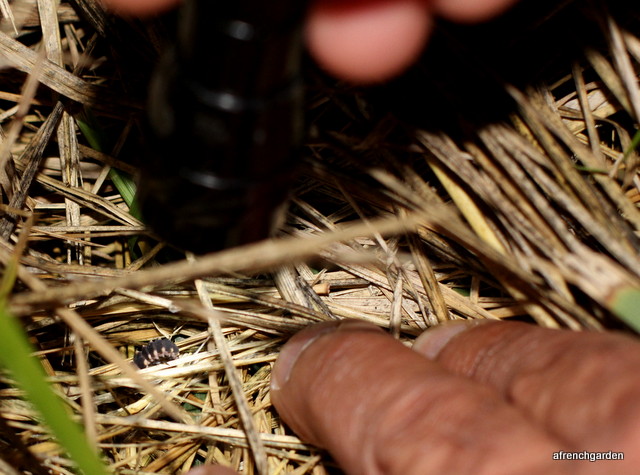 I was a bit disappointed with the photographs I took but it was important to try, as seemingly they are often able to tell which species they are, even from fuzzy photographs.  We saw eight females but no males and no couples mating.  Last year we had found fourteen on our second attempt and we were able to photograph a couple mating.  This year has been very dry so perhaps less snails for the larval food? 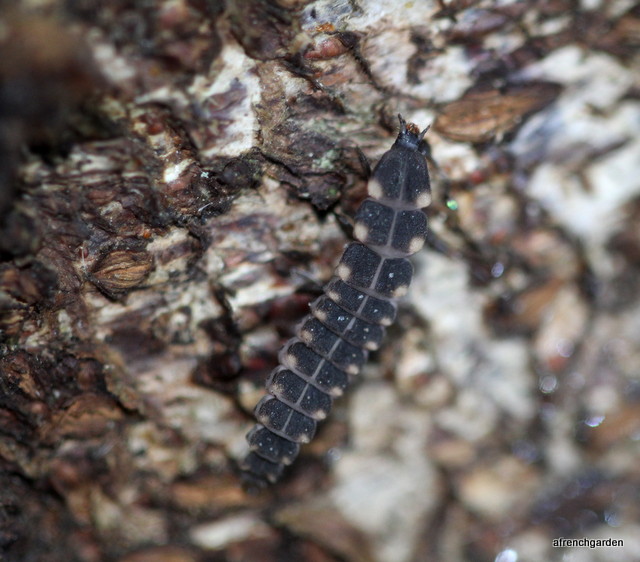 The previous day Kourosh had noticed a glow worm under the apricot tree in the back garden when he had been pulling back the weeds.  So we checked if it was still there. 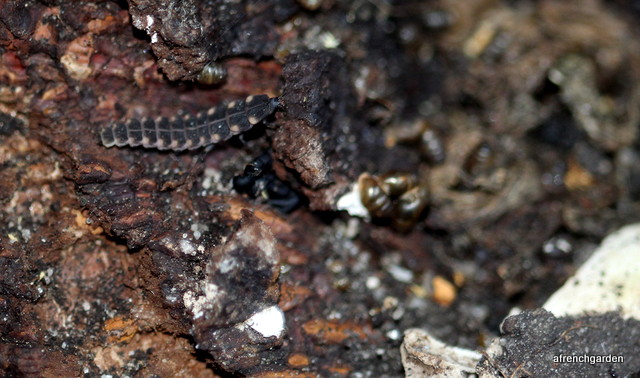 She was still there on Saturday night and we also noticed a lot of little snails ( of the Clausilies family, I think). 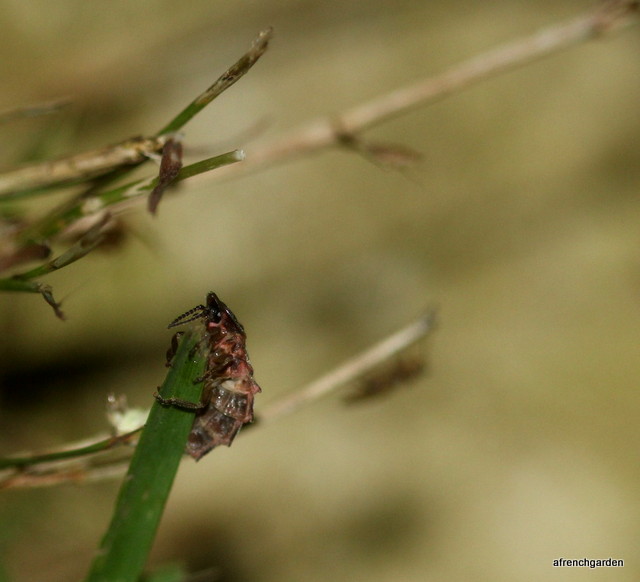 This one was in the front garden and she was producing a strong light but still no male.

I posted this just to give everybody a poke if they had intended to notify http://www.asterella.eu/index.php? in France (or indeed to notify the various organisation with similar projects in other countries) and might have forgotten to check their garden.

We do not often go wandering around after midnight but with the street light extinguished it is beautiful to watch the stars in a cloudless summer sky. 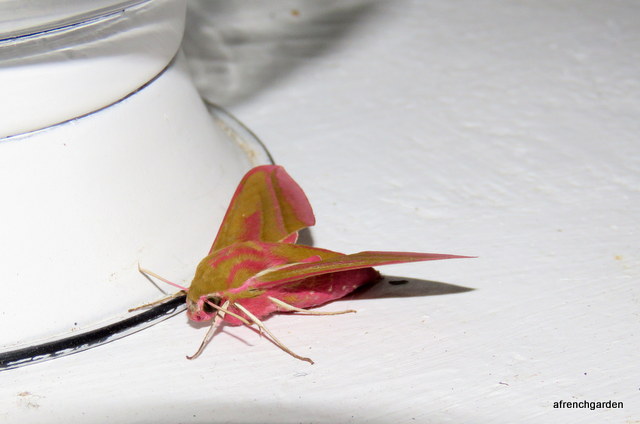 When we got back to the house we found an Elephant Hawk-Moth (Deilephila elpenor) waiting for us on the kitchen window ledge so perhaps we should take after dark walks more frequently.