It was so good to get all the windows open on the first cool morning after the heatwave and to feel a cool breeze blow through the house.  However, that was not all that came in the window.  I would have thought that the swallows would have chosen their nesting places and not still be looking over our living room as a potential new home. 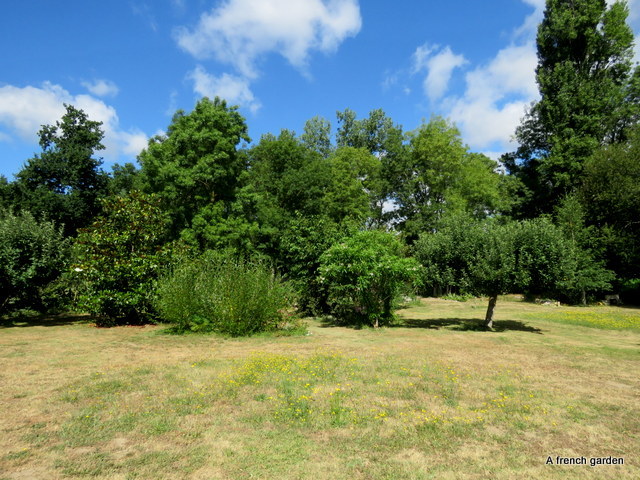 It has been so hot and dry that I was concerned a lot of the plants would suffer.  The grass has dried up but we have left patches of cat’s ears for the bees.  The willows (Salix alba “Chermesina”) in the middle of the picture provide a good screen for our sitting area and have kept green.  On the right the Chitalpa has started flowering as has the Magnolia on the left of the willows.

The Chitalpa is a cross between the Catalpa bignonioides (Indian bean tree) and Chilopsis linearis (Desert willow).  It does well in the sun in this exposed position which does not get watered.  My disappointment is that the flowers are not as visited by the bees as the Catalpa flowers but I prefer my Chitalpa as the Catalpa would grow too big for this spot.

The Magnolia grandiflora does not seem to mind the heat and the lack of water.  It is growing big now and the flowers are often high up but the perfume still floats down. 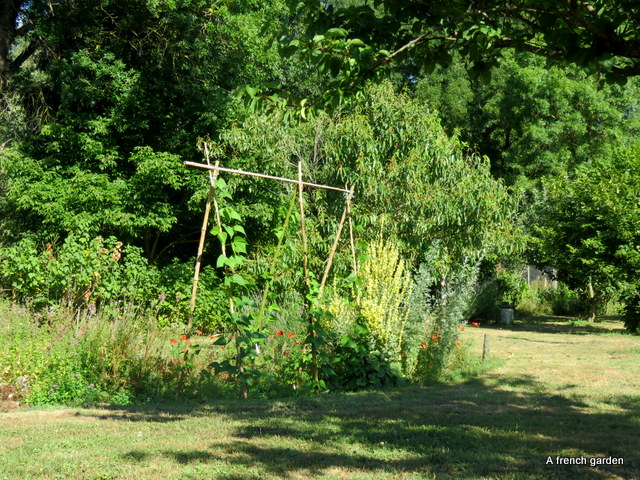 We do water the vegetables and that has been a nightly task. 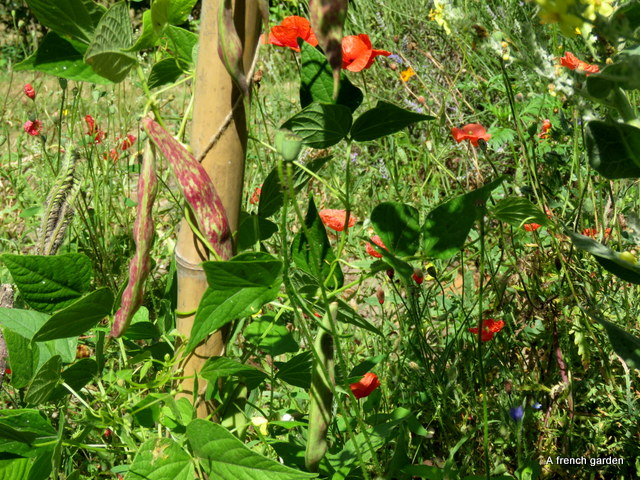 The Borlotti beans have started to give pods and they will hopefully continue through the summer.

There is no lack of pollinators for the courgettes and we have already had so many that we will probably have to remove some of the plants to avoid a glut.

We water the flowers in the front garden and the Agapanthes are in flower just now.

Everything looks happier after several days of really good rain. 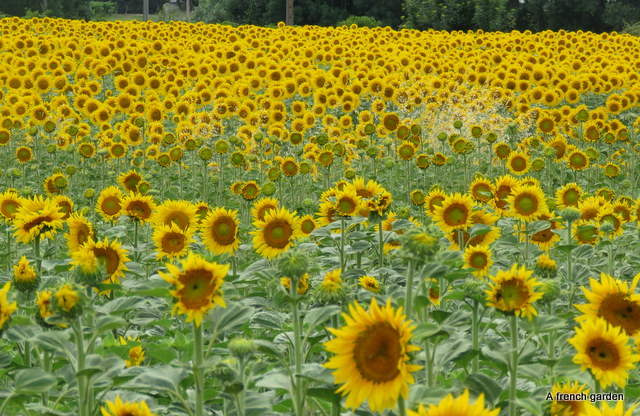 The first field of Sunflowers opened near us four days ago.

The flowers had already been spotted by the bees and we wondered if our bees had found them too. 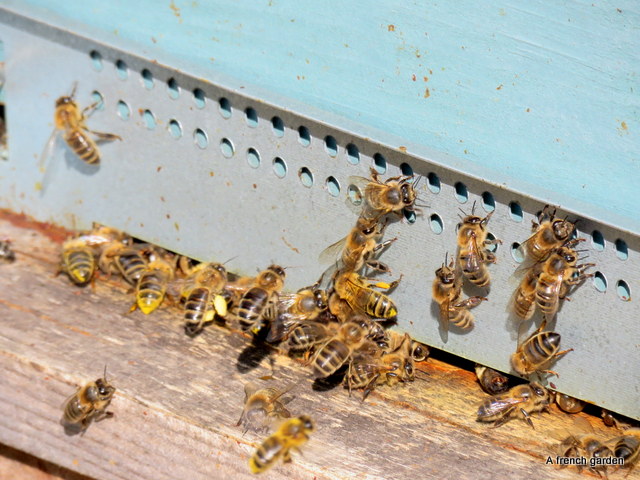 A shot of the bees at the mouth of the hive confirms that the bees have been on the sunflowers as there are many bees covered with the tell-tale (tell-tail?) bright yellow pollen.

We are happy too and take great pleasure in leaving the windows open while we have a cup of tea and watch the rain pour down.

What funny creatures gardeners are!

32 thoughts on “Rain and thunderstorms”