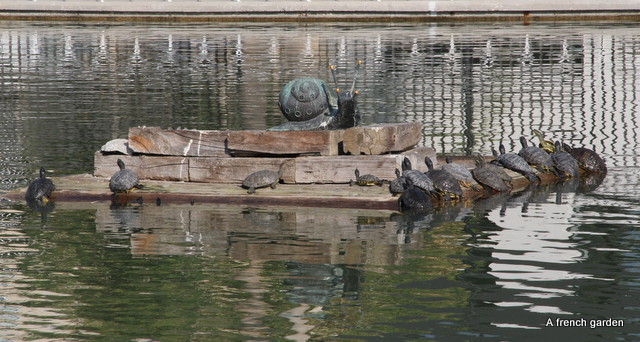 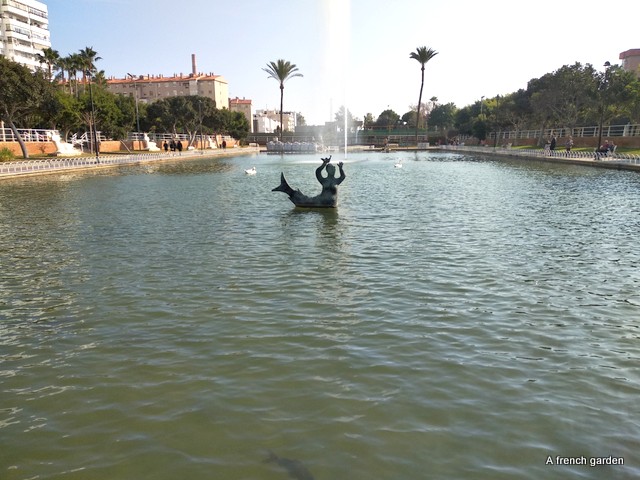 I am taking a side step here away from gardening and following Kourosh’s lead on the artwork we saw in Malaga.

The Parque del Oeste leads down to the sea to bisect the coastline at right angles. 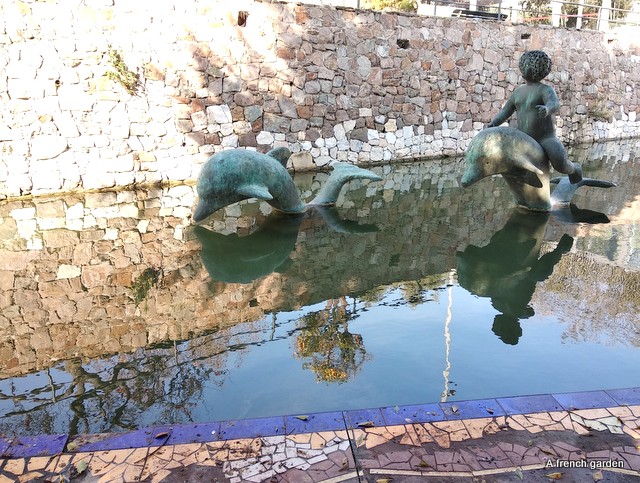 Being so close to the sea it is not surprising that the statuary often has a nautical theme. 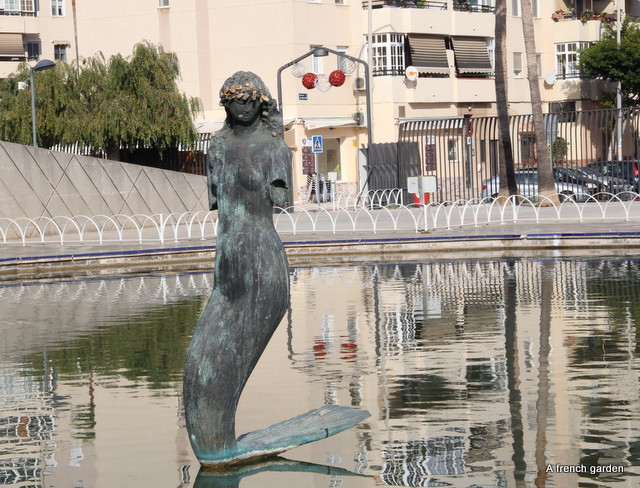 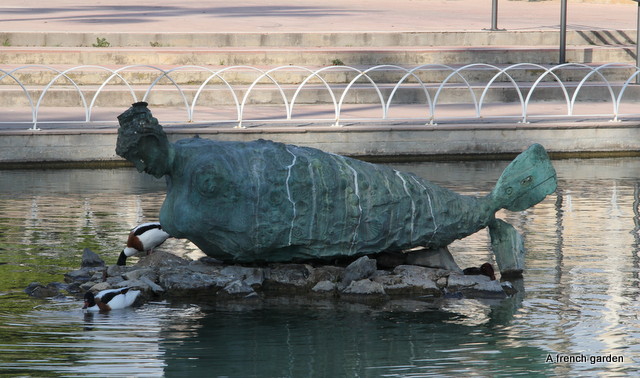 or sirenes can be found in the long pools. 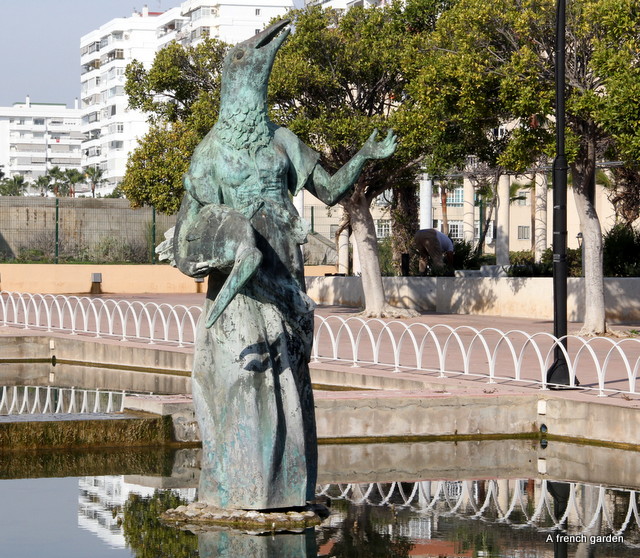 But often the statues can be difficult to classify.  To me this is a female with a pigeon’s head and a pelican tucked under her arm.

Normally, rather stand-offish about art, I found that the statues were very amusing and their appeal grows with familiarity. 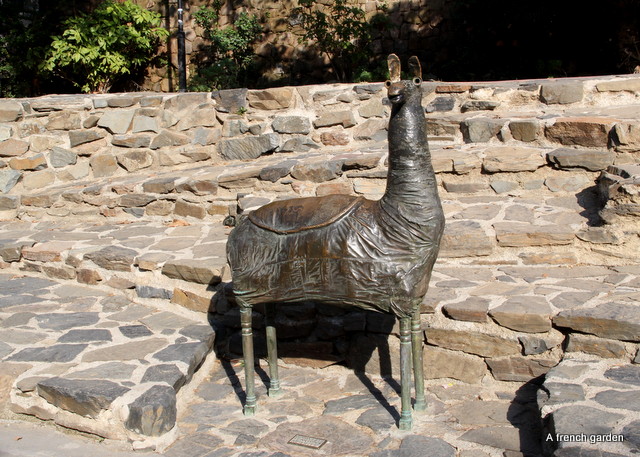 In addition, the statues are not confined to the pools but you come upon them as you pass through the park.  The llama is very appealing and a favourite mount for young visitors while proud grand parents take their pictures. 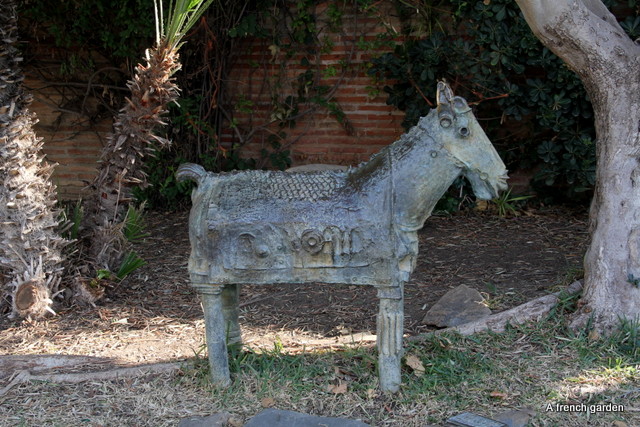 The little donkey is close by under an olive tree and I feel all the local children must have a photograph of them beaming astride the donkey. 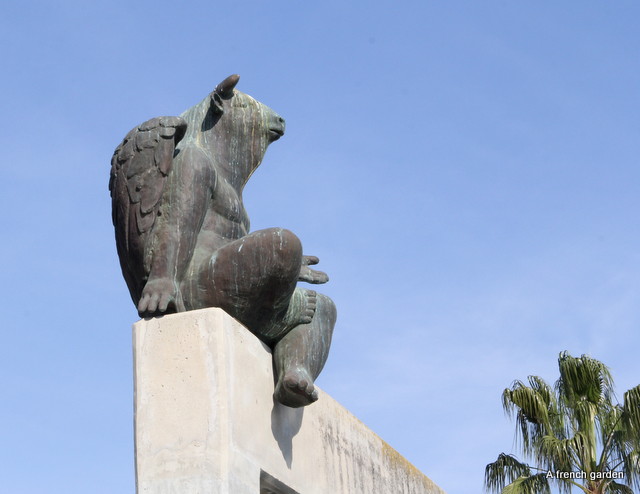 Some of the statues are of a more mythical flavour and I would call this one the winged Minotaur.

This is clearly a snail and it appears to have attracted a drove of adoring turtles. 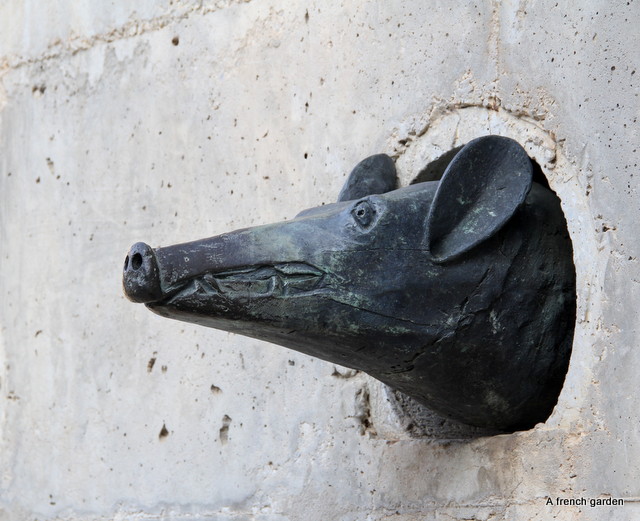 Some of the statues take you be surprise like this pig’s head poking out of a porthole in a cement wall. 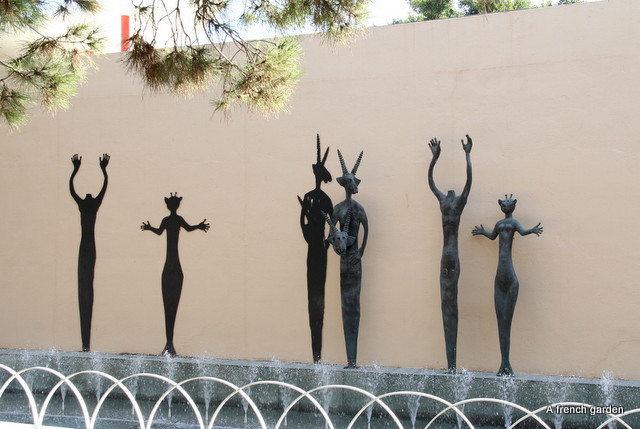 This shadow scene has no problem in using a plain wall to make an impact. 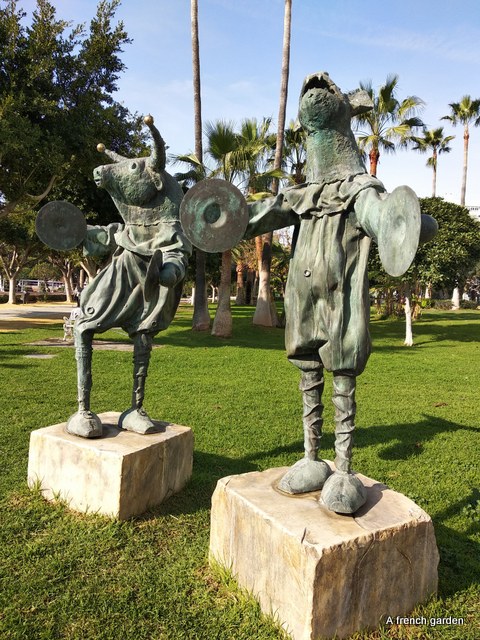 What I see is the fun that the sculpter wished us to enjoy in the park with his statues of his musicians. 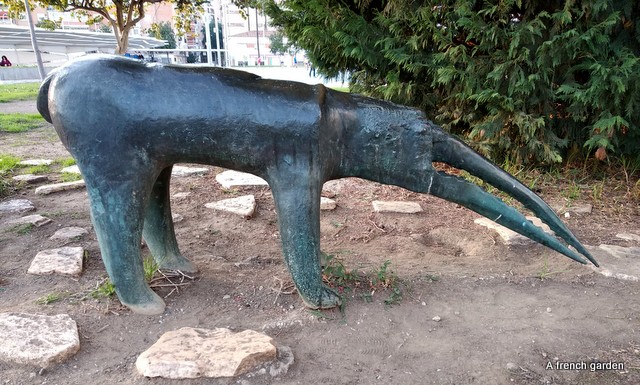 Is this an anteater with a lobster claw snout? 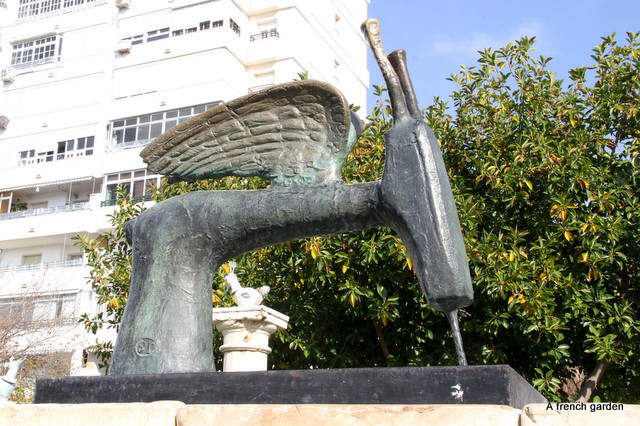 Is this a winged sewing machine? 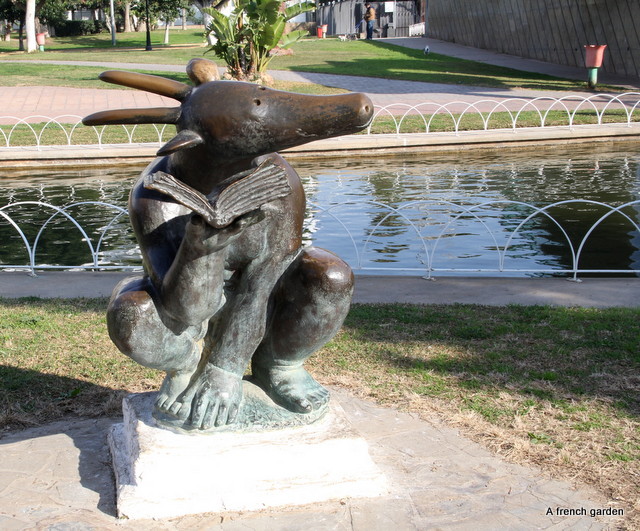 I could go on but I’ll leave you with my favourite.  The Audiobook Reader. 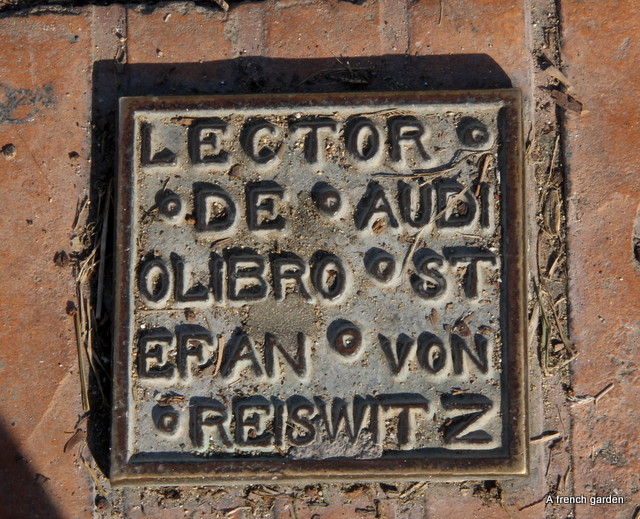 I have not found out much about this artist apart that he was German but chose Malaga as his home and died in May 2019 at the age of 87.