It cannot be compared to The Savill Garden but at least I was correct in guessing that the snowdrops would be through in the garden.  Seeing the first snowdrops appear in the garden always lightens the winter for me. 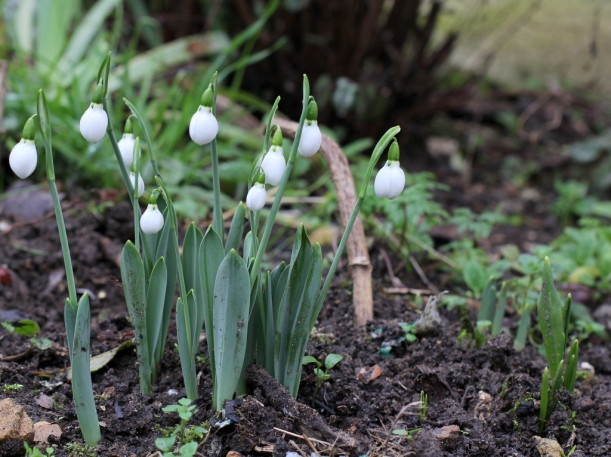 My only regret is I do not have as many snowdrops as I would like but then again I am not sure if I could ever get too many snowdrops.  I could always try.  Even their name is evocative.  In English the name works on the picture of snow dropping from their slender stems.  In French they are called “perce-neige” recalling that they often push their way through the snow to flower in the coldest of months.

Just as early as the snowdrops is my first crocus.  The weather has been dull and wet since my return but the mild temperatures have encouraged the bulbs to appear. 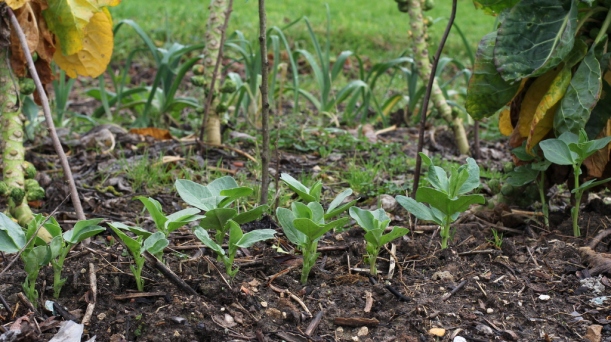 I planted the broad beans later than I meant too but the mild, wet weather is helping them catch up.  Cold weather is forecast to follow but I’ll have to wait and see what the rest of January has in store for the garden. 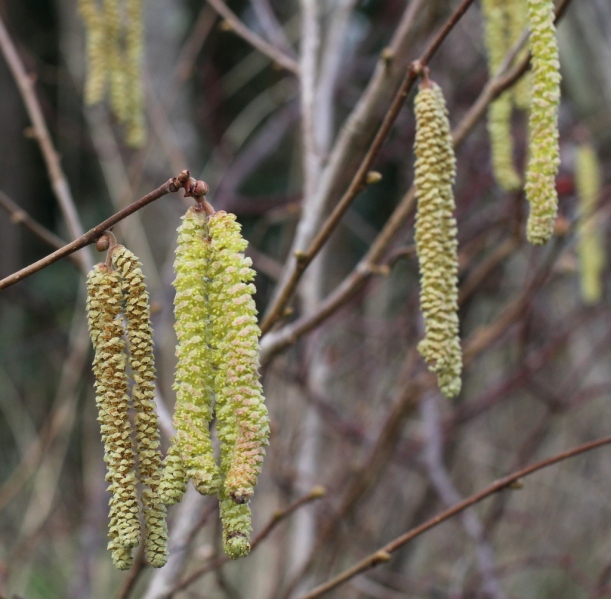 The garden is certainly not at its best in winter but their are some things that I like, such as the hazel catkins at the bottom of the garden. 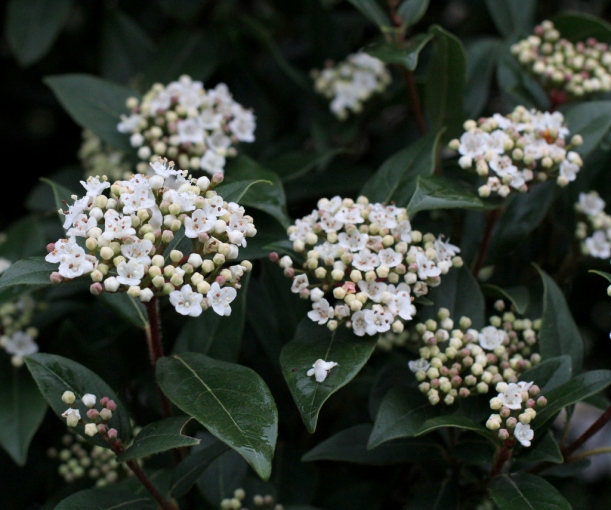 The Viburnum tinus is a mass of flowers.  It has grown from a tiny cutting in a few years and is such an easy shrub to maintain.   While it has been cold and damp nothing has been attracted to the flowers.  Yesterday it was sunny and we had friends for lunch.  After lunch I grabbed my camera, said, “I’ll be back in 5 minutes” and tore off down the garden.  I proceeded to shoot amazing shots of bees gathering nectar and pollen in the Viburnum.  Overjoyed at discovering there was another good source of food for the bees in the garden, I took the camera on our after-lunch walk, so I would not miss anything interesting.

In between chatting on our walk I managed to take some photographs of fungi.  The mild, wet weather must be ideal for them.  It was not until later I discovered that  in my keenness to tidy I had put my camera in its bag and left the memory card in the computer.  So no shots of bees in the Viburnum (yet).

This is not the first time it has happened to me.  You would think there would be a warning that you are not recording the shots.  Has anyone a tip for avoiding forgetting to replace the memory card?

As the saying goes this was one I had taken earlier, with the card in the camera.  Although it was only 10 degrees C and not sunny the bees were all over the pefumed winter flowering honeysuckle (lonicera fragrantissima) on Thursday. 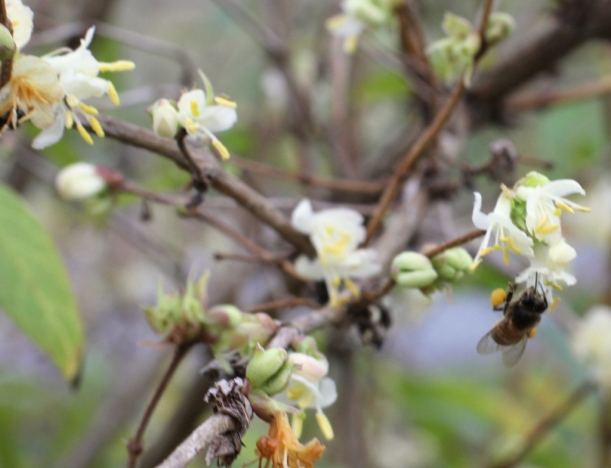 What surprised me was that some were gathering pollen.  Perhaps my beekeeper friends can help me out but I thought they would only gather the pollen to feed the larvae.  I thought they only foraged for nectar in the winter to keep up the food stores but perhaps I have misunderstood their winter needs. 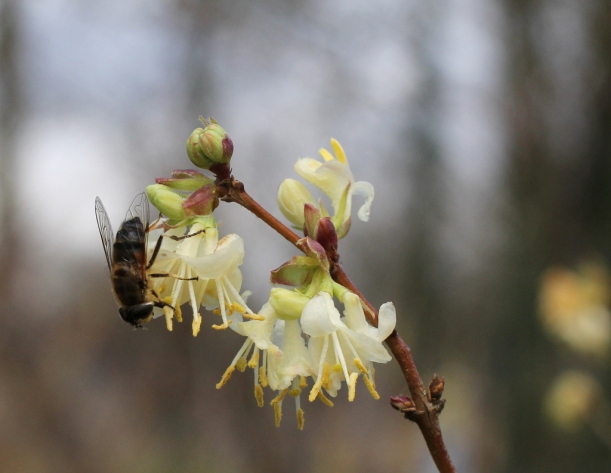 Another thing I was surprised to see was a hover fly (Eristalis sp. ?), I associate them with the summer but perhaps another false assumption.

One thing I was not surprised to see was a white-tailed bumble bee (Bombus lucorum).  They have been coming to the honeysuckle when it has only been 7 degrees C and have had all the flowers to themselves.

I have missed the bees whilst I’ve been in the UK, now I really feel I’m back  home  when I hear them buzzing in the garden.

It is three days after the glacial weather has finished here and the outside temperature has soared to 10 C in the garden.

It means relaxing with mugs of tea on the stone bench against the wall  and soaking up the sun.

The snowdrops are happy. 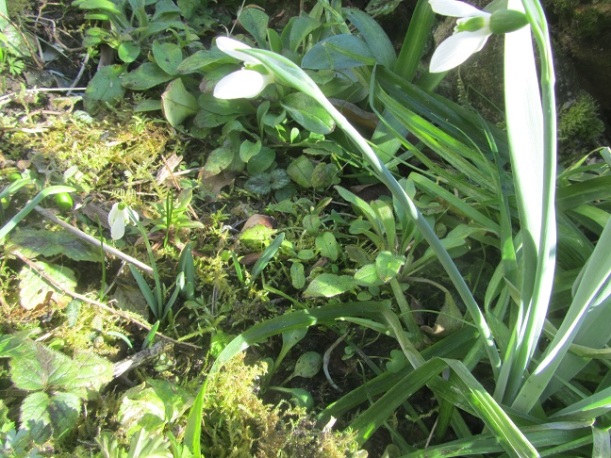 The crocus are happy.  Even one of our resident newts has come for a visit.

O.K.  the weeds are happy too.

But heck, life is good.