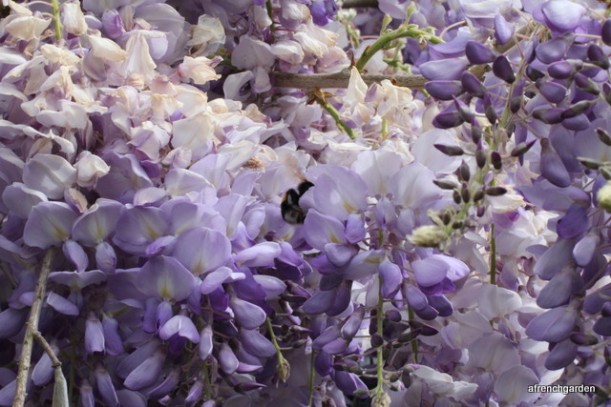 The one strong feature of the garden in April is the perfume of the Wisteria as it pervades the garden and the house. 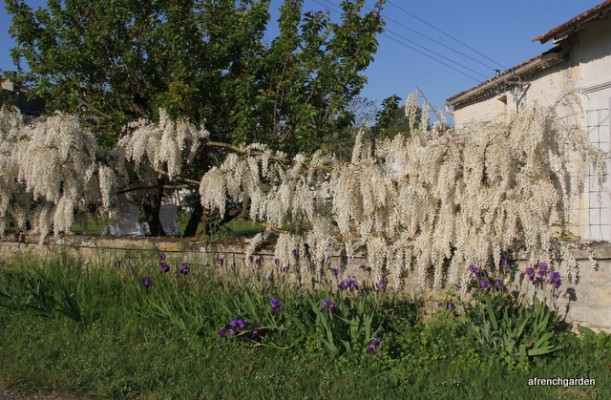 Of course, there is the noise of the Carpenter and bumble bees in the Wisteria that is part of April as well.

The Cerinthe is well established in the front garden now and pushes through unbidden each year.  I have a little in the back garden but it is so attractive for the bumble bees and Anthophora that I will collect the seed and throw more in the back garden. 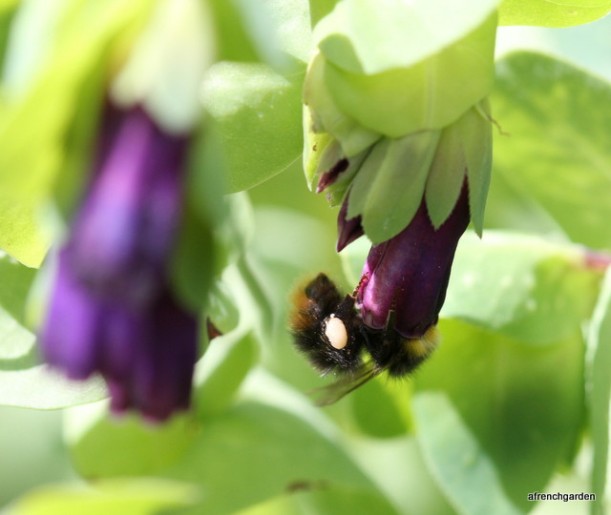 I like to read under the olive tree where the Cerinthe have decided to grow thickly and the noise of the buzz pollination of the bumble bees can be distracting! 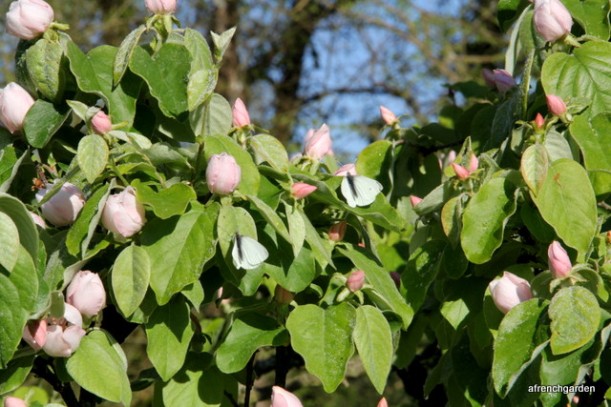 April is to watch the fruit trees flower one after the other.

It is to watch the Andrena fulva in the blackcurrant flowers again. 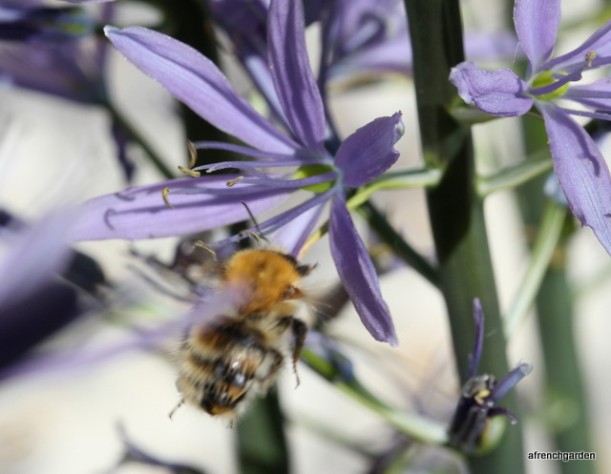 The Camassia bulbs in the pot in the patio have once again opened their flowers providing us with entertainment with our morning coffee outside.  I highly recommend three or four Camassia bulbs in a pot as a sure magnet for bumble bees.  They do not last long but I savour them while they flower.

Another relatively short flash of beauty is the tree peony which is going from strength to strength giving us more of its huge blossoms each year. 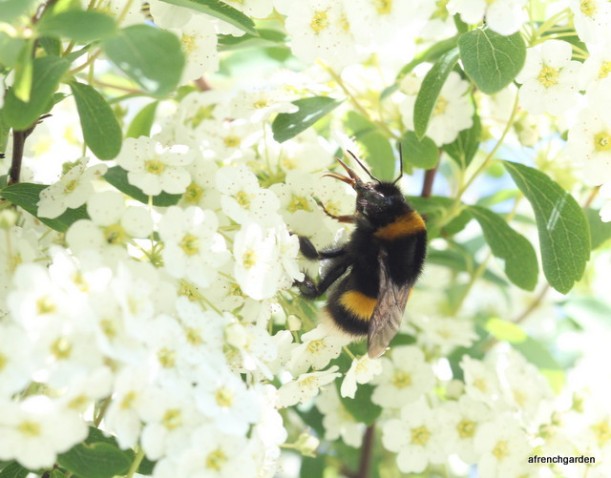 But despite all the expected pleasures there are always new discoveries.  This year I have seen bumble bees taking nectar from the white Spirea for the first time.  It is good to know that these bushes that do so well at the side of the garden can also be useful for the bees.

My one concern this April is the lack of rain and the low ground water level in the area.  Watering has now been forbidden until after 7 o’clock in the evening.  Winter and spring is the time for heavy rain here and we have had very little.  I would not expect any appreciable rainfall until next autumn.

This coupled with high day temperatures (often over 25 degrees centigrade) and some mornings with a thin layer of ice on top of the bird bath in the back garden make it an April to remember.